We are preparing to enter into the month of Taurus. Taurus is a fixed sign meaning its energy is focused and directed, with the ability to maintain and strengthen what already exists. The letters for this month are the Pei and the Vav, the Pei for the planet Venus and Vav for the constellation of Taurus. Now some might ask, how the heck can a small minute letter like the Vav actually have the power to create an entire constellation? 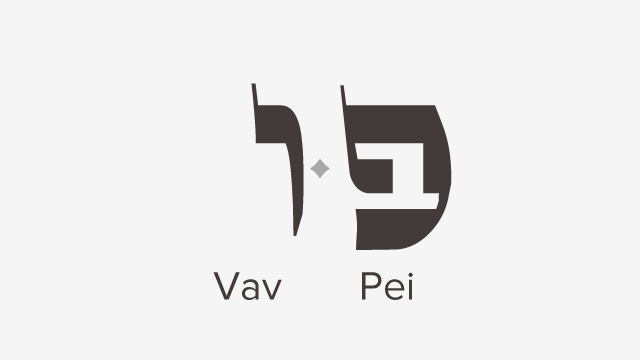 To answer that question, consider how something as small as a sperm and egg come together to create a human being—it looks impossible by our logical minds, but nevertheless it happens all the time. Here we have the same concept. We cannot truly understand the energy within the Hebrew letters. Hebrew letters are portals for this magnificent spiritual energy, so too do we have so much power inside of ourselves--power beyond what we are able to even fathom.

The Hebrew name for the month is Iyar, which stands for "Ani Hashem Rofecha" – "I am God, your Healer." Taurus is also called the month of Ziv, which means “light” or “glow.” But for those of us who know the Kabbalistic historical significance of this month, we see this as a great paradox - 24,000 students of Rav Akiva, who were great spiritual souls themselves, all perished by a plague at this time, and yet this month is where Lag B’Omer exists, the death anniversary of the author of the Zohar, Rav Shimon Bar Yochai.

How can we reconcile such loss and darkness with the concept of healing and light?

The answer lies in the idea of polarity: where there is the greatest darkness, there is also the greatest potential for light. For what would come forward from the passing of Rav Shimon and the 24,000 students, would be a powerful energy that would eventually be able to permeate all the places of the world with the light of Kabbalah.

It is said that when a righteous person passes on, he or she takes judgment away from the world. Yes, the 24,000 students died in plague, and yes Rav Shimon left the world in this month. But because of their sacrifice and the massive energy they produced, we have Lag B’Omer on May 12, 2020, which is the manifestation of the teachings of the Zohar.

Taurus is a sign of strength. If you know a Taurus, you know they can be a little like Capricorn in that once they decide on something that’s it. They make an opinion and they stick with that opinion, sometimes come heaven or hell. They have this capacity to stay with something, come thick or thin. Even if the “carpet” upon which they stand, so to speak, is pulled out from underneath them, they will hang onto it with all their might.

This month, we can use this Taurean strength for our own spiritual growth: to never lose our certainty in the Light, no matter what comes before us. We can also garner ourselves with the knowing, beyond a shadow of a doubt, that where there is the greatest amount of darkness in our lives, there is the greatest potential for transformation and Light.

For those of you who are already feeling the effects of the Omer, take heart. In a few weeks it will get a little easier.