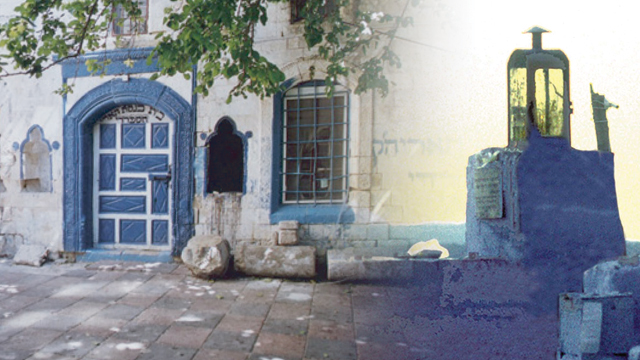 Rav Isaac Luria, The Ari (meaning “The Lion”), died on Hei B’Av, the fifth day of Av, in 1572. Kabbalah teaches us that on the day a tzadik, righteous person, leaves our physical world, we are provided with an opportunity to connect with their spiritual assistance. These death anniversary celebrations, also called hilulah, take place throughout the year and are times to gather and study, sometimes until after midnight, to connect with the souls of the righteous who are there to help us overcome ego and blockages we encounter in our lives. All the tzadikim (righteous souls) are happy to respond to our invitation, to join us and support us in every aspect of our spiritual work. Specifically, by connecting to the Ari on his death anniversary, we can truly come to understand our own potential to reveal Light in this world.

The Ari was born in Jerusalem and as a child moved with his mother to Egypt to live with his uncle for 13 years. The years that The Ari spent in Egypt were dedicated to the process of purifying his consciousness, overcoming the aspect of physicality in his life, converting his desire to receive, and completing his life process, which was the sharing of the secrets of Kabbalah. During this time, he attained levels of spiritual enlightenment and understanding that led him to Tsfat, Israel to teach Rav Chaim Vital the secrets of Kabbalah and, by doing so, passing this wisdom on to future generations. The only reason The Ari came to this world was to teach us the secrets of Kabbalah through Rav Chaim Vital, and the moment his task was completed, he left the physical world at the young age of 38.

The Ari’s message was especially intended for our time. It was when Rav Ashlag established The Kabbalah Centre in 1922 and began to teach The Zohar and The Ari, that the layperson finally had the opportunity to understand The Ari. He based his writings, called HaSulam, or The Ladder (Rav Ashlag's commentary of The Zohar), and The Ten Luminous Emanations, on The Ari’s writings. This wisdom had remained concealed for over 400 years, and even the wisest of sages found The Ari’s writings difficult to decipher. Today, thanks to Rav Ashlag, anyone can learn and understand Kabbalah the way it was taught during the times of The Ari.

The Zohar and the Talmud explain that when we learn from a particular teacher’s lessons, that study alone connects us with the teacher who led us to it. Therefore, the more we implement the teacher’s lessons in our lives, the more we connect to that teacher. The Kabbalah Centre Siddur/Prayer Book is the means by which we can connect to The Ari and bring him close to us. The Ari explains to us that during the days of Messiah, we will not be limited by an intellectual knowledge and understanding of the past, present, and future. We will actually be able to see them all before our very eyes. The Ari was not limited by time or space or incarnation, and by connecting to him, we can therefore receive his support in being able to also see beyond time, space, and motion.

Spiritual consciousness does not translate into mental power except when we let the Light guide us. The connection to the Light and to all the secrets of Kabbalah do not come from intellect and cannot be learned in universities, but can be found only by connecting to the source of spiritual energy: the Light of the Creator and the souls of the righteous that have brought the wisdom of Kabbalah to the world. We know how to establish the spiritual connection and how to awaken the soul within us. With tools such as The Zohar and the Kitvei H’Ari (The Writings of the Ari), spiritual trips to gravesites of tzadikim, connecting with the tzadikim on their death anniversaries, and participation in the cosmic programs of Shabbat and the holidays, we can succeed in connecting with our souls and revealing and knowing our personal mission. The soul already knows everything. In these connections we are not using our minds, but rather bridging the gap between the material world and the world of truth.

Every time we cite a tzadik, we merit that his soul attaches to ours. Thus, by means of reading The Ari’s writings and calling on him to support us on his death anniversary, we all connect with him and merit his help and guidance.

This article is an excerpt from Days of Power Part 2 by Rav Berg.