A Unique Channel to Unique Energy

A Unique Channel to Unique Energy 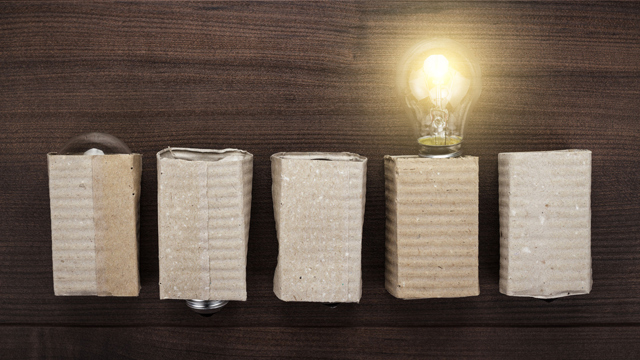 The root of jealousy

Korach was the head of the Levites, which represent left column energy. Aaron, Moses’ brother, was the High Priest, which represents right column energy. Korach came to Moses and complained: “You’re the leader of this nation, your brother is the High Priest and your sister is a prophetess. What about me? Why can’t you share some of this prestige and honor with others like myself?”

We can all find ourselves soul-searching in these situations, which can create within us a feeling that we’ve been put aside. We develop and build resentment within us.

The main reason we all have insecurities is not because we don’t have the strength, it’s because we look outside of ourselves too much and wish to be something we are not. Each one of us is a unique channel to unique energy – my personal mission in this world will never be the same as someone else’s personal mission. To do the real job in this world you don’t need talent, wisdom, money or power – only the true desire of the heart and perseverance of our hard work.

The main source of our confusion is that we want to be something we are not. While it’s good to be around people who push you to your next level, we should not try to be somebody else – this is a reason we feel bad and disconnected.

The deeper root of jealousy is when you don’t believe you are the cause, are unable to create your own reality and are too lazy to push yourself; a lack of certainty that everything I need is within me. It takes time to find what would make my life meaningful, what I came to do in this world, and looking around at others won’t help – you have to work hard and earn the merit to know. Korach ran after something that didn’t belong to him, and he ended up losing what he did have.

Our work is to reveal the Light and destiny that belongs to us. When I try to be someone else, I won’t achieve it and I’ll lose what I already have. When I feel down and I’m looking outside of myself to be lifted up, I lose the belief and certainty – the Light and strength – that I have in me to become the person I was meant to be. The ego, our Opponent, makes us chase external sources of fulfilment. The Opponent tells me that if I can get this one thing, everything will be amazing in my life.

Korach was a jealous man; he wasn’t happy with the way Moses took control, he wasn’t happy with Aaron being the High Priest and was under the illusion that he was left out. He looks for others to follow him and join his cause, and then an earthquake occurred – and Korach and his people were swallowed up.

It sounds like a simple story, but in reality it’s not simple at all. It’s written that Korach was a very elevated, tremendous spiritual giant. Korach and Aaron were spiritually equal. He was viewed as one of the greatest spiritual giants of that generation and therefore a group of 250 people followed him.

Rav Ashlag says that the argument Korach brought up was not only logical, it was also right. Korach was actually the first born of the Levi tribe. There was a decree that the first born of the tribe of Levi will become a priest, but Moses said that the Creator told him that only the sons of Aaron should be priests. Logically and intellectually, Korach was supposed to be a High Priest. Korach was correct in his claim and it says that even the angels, at the time of the argument, didn’t know which side to take.

The danger of Ego and being too certain of yourself

There is a great lesson in this story: As long as there is still negativity in our world, we can never trust ourselves. Korach was on a higher spiritual level than most of us. He thought his heart was pure; he trusted himself. How do we know when it’s right to trust ourselves, and when not to?

If an action we are going to take is going to cause separation, is going to cause harm, we should not trust ourselves. Very often we are looking for answers; we want to know what the right thing to do is. When it comes to decisions and questions that are part of our correction process there can’t be clarity. If we ever think that we are clear about something, either we are delusional or it’s not really an important decision for our correction. We will have to get to that decision through a process of cleansing.

Every time we do something that hurts or harms someone else, we need to have this ability to question ourselves. In our thought process, before saying or doing something harmful, we somehow justify it to ourselves. The lesson here is that we should always stop and say, “I can’t trust myself if I’m about to harm someone or create separation.”