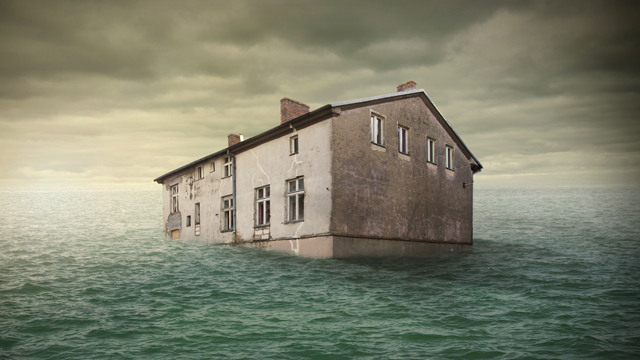 February 22, 1943 was a beautiful day in Munich, Germany. The sun was bright in the sky as 21-year-old Sophie Scholl walked unflinchingly to her death.

During the height of World War II, Sophie and her brother, Hans, printed and distributed anti-Nazi material with the help of a few of their friends. Their actions caused a frenzy in an already tense social climate—it was the first instance of internal dissent against the Nazi regime and political resistance was met with the most extreme punishments. Their goal was to demonstrate that overthrowing an oppressive system could be done “with the cooperation of many convinced, energetic people.” This was not the work of Winston Churchill or President Eisenhower. It was the activism of a 21-year-old girl. The group explained their mission in essays sent anonymously to citizens of Germany, “The meaning and goal of passive resistance is to topple National Socialism, and in this struggle we must not recoil from our course, any action, whatever its nature. A victory of fascist Germany in this war would have immeasurable, frightful consequences.” The young students had been circulating leaflets at the University of Munich when they were finally caught and arrested. Sophie, Hans, and their friend, Christoph Probst, were found guilty of treason and sentenced to death.

As she walked towards her execution, she kept her head high. Her last words to the world were:

“How can we expect righteousness to prevail when there is hardly anyone willing to offer themselves up individually for a righteous cause? Such a fine, sunny day, and I have to go, but what does my death matter, if through us thousands of people are awakened and stirred to action?”

There were many Germans who disagreed with Hitler and the Nazi regime. They were good people, who saw through the propaganda, understood that the war was built on lies and hate. Yet most of them did nothing. They were good, law-abiding citizens who did nothing. Sophie was an example of what would happen if anyone stood against the movement. So good people all over Germany stricken with fear, inwardly criticized Hitler, stayed quiet about their opinions, and did nothing.

Exactly how is goodness measured in kabbalistic terms? The Bible tells us that Noah was a “just, perfect man in his generation.” He was a good guy. The Creator told him to build an ark, so he did. Noah followed all the rules and fulfilled every request from God. Yet when the Creator warned, “every thing that is on the earth shall perish,” Noah did not question God’s requests. He did as he was told.

In Secrets of the Bible, Michael Berg points out that Noah, while a good guy, fell short of the righteous acts that defined the biblical figures who came after him, like Abraham. After the flood, Noah cried when he saw the destruction. God said to Noah:

"Now you are crying? Noah, I came to you before the flood to awaken in you the desire to beg for the world. When I told you I would bring destruction upon the world and instructed you to make the ark, that is when you should have wept and prayed and begged for mercy for the world. Yet you did not."

The lesson of this story lies not in God’s promise to never again curse the earth for the sins of man. Rather, we ask ourselves, if put in Noah’s shoes, what would we do?

One can live a good and peaceful life, never breaking a law or harming anyone. But from a kabbalistic point of view, such a person neglects to fulfill their true purpose in life, and does nothing to make the world a better place. There is a difference between being the "good guy" who hears about impending danger and warns his neighbors and the kind of "good guy" who hears about impending danger and starts building an ark for himself and his family without saying a word.

Great shifts in consciousness occur when brave souls take action. A perfect example of selfless and righteous action is the life of Harriet Tubman. After escaping bondage, she rescued more than 300 slaves between 1850 and 1865, while the United States struggled to stay unified as a country. Not only was she breaking the law, but the Fugitive Slave Act forced law officials in free states to capture and send run-away slaves back to their owners, making her efforts an uphill battle. While using the network known as the Underground Railroad to assist slaves on their journey to freedom, a reward was offered for Tubman’s capture. She put herself in direct danger in order to save the lives of others. Eventually, the Civil War ended. Yet, she felt that her work helping others was not over. So Tubman became an activist in the early days of the suffrage movement for women’s rights.

Or consider the courage of Irene Gut Opdyke, who went out of her way to help Jews in her town survive during the German occupation of Poland by smuggling food from the hotel kitchen where she worked to a Jewish ghetto nearby. She later hid Jews in the basement of a home where she worked as a housekeeper and even after her employer discovered her secret and coerced her into becoming his mistress as payment, continued to assist Jews. While the punishment for aiding a Jew at that time could be anything from arrest to imprisonment to death, Opdyke was steadfast in her commitment to protect human lives.

These women put themselves at great risk in order to bring more Light into the world. The truth is, we cannot afford to stand idly when others are in danger, to sit quietly in the face of injustice, or otherwise go about living “good” but purposeless lives. Truly good lives, without question, are defined not by one’s ability to follow the rules, but by one’s willingness to act and speak out against hatred and darkness. Only then can we expect, as young Sophie Scholl did, that righteousness will prevail in return.