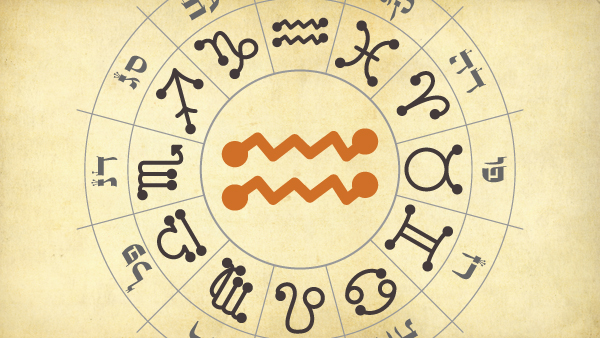 The month of Shevat correlates with the astrological sign of Aquarius, which is an air sign. It is the third of the air signs: Gemini, Libra and Aquarius. Aquarius represents the Left Column of the three. Aquarius is ruled by two planets. Traditional astrology attributes control of this month to Saturn, and modern astrology has given credit to Uranus, discovered by the astronomer William Hershel on March 13, 1781.

Saturn is the planet of judgment, order, responsibility, discipline and laws, while Uranus elevates us to new consciousness and new concepts beyond limitation. This is why the Age of Aquarius and the month of Aquarius are considered times of change. Both are times of new knowledge, inventions, humanity, and charity.

The energy of Uranus also connects to the air element - intellectualism, innovations, and new concepts that will bring the world to a higher level of consciousness.

Aquarians are rebellious by nature because they are constantly faced with penetrating questions concerning their individuality, their uniqueness and their identity. This is the reason they strive to break old boundaries. To Aquarians, the past is but a fleeting moment, and they disconnect from the past in order to find a fresh and unfamiliar reality, a new truth to fit the new times. Uranus orbits the sun every 84 years, which explains the common phenomenon of the "midlife crisis" that plagues 40-42 year olds, when we begin to question our life's purpose and make plans for the next 40 or so years.

Aquarians make excellent computer technicians, scientists, and social workers. They thrive on doing anything revolutionary, especially in tasks that carry the flag of social-political revolution.

The kabbalists explain that the Age of Aquarius began approximately 400 years ago and is considered the Age of Revelation, or the Age of Redemption. Why does Aquarius, or Shevat according the Hebrew calendar, symbolize redemption? Because Aquarians perceive the world as unified, and kabbalists consider this to be the basis of true redemption. Redemption is when all negativity is cleansed, when humanity is free of evil and fragmentation.

Because of their higher level of consciousness, Aquarians are directly linked to this redemptive moment.

Aquarians are unique - they stand out in a crowd and cannot be ignored. They show great promise as children and as adults they are idealists who strive to change the universe with original ideas. They are rebels, and their concern is the well-being of humanity as a whole. They rebel against established ways of doing things, always looking to find new, better ways to solve world problems.

Though Aquarians seek justice for all, this is a global quest, not a personal one. They support things that are grand and noble, while they fail to be sensitive to those around them who are suffering. Aquarians often lack a sense of the practical, and they are passionately independent and private. Their desire for originality causes them to set themselves apart from the crowd. Despite their friendliness and open-mindedness, they are also the most stubborn of all signs. They reject all established structures, and fight to maintain their individuality and freedom in order to exercise their innovative ideas. They detest confinement of any sort.

Yet the most challenging barrier they face is most often their own egos. Even as they begin to make changes in their lives, their focus tends to be external, and they have trouble really changing from deep within.

Aquarians have the power to break free of the limitations of the physical world. But to manifest this power, they must control the aspects of their nature that interfere with its accomplishment. Aquarians are capable of helping humanity, as long as their own ideas do not become more important than the cause itself. True spirituality means being part of humanity, not above it. Unfortunately, Aquarians usually have such high opinions of themselves that imposing their own views can become their sole objective. Aquarians must conquer their pride, and realize that they have been entrusted with their attributes in order to manifest a certain force in this world. They are merely channels for this energy, and so are not entitled to personal glory.

For those born under the sign of Aquarius and for those influenced by the cosmic energy of Aquarius, you can attain the consciousness of a cosmic reality and feel responsible for humanity as a whole. You can know true friendship and perhaps even universal fraternity; Aquarians have the strength for this task. You can experience an exceptional and unique adventure in the history of humanity if you manage the most difficult restriction – silencing your ego and practicing humility and modesty while living in simplicity.

Guide to the Month of Aquarius

Assets of a Aquarius:

Brilliant, no limitations, inventive, humanist, independent, desires justice, sees beyond the big picture, ahead of their time

Humanitarian issues and saving the world

They tend to focus on global change rather than inner change. They also can sometimes be insensitive to the needs and pains of the person next door.
Get in the habit of asking people, “How are you feeling? Is there anything I can do for you?” And listen to what they have to say. Really listen.

They tend to be rebellious and feel compelled to be different.
There are times when it’s okay to be part of the pack, such as when you are part of a group that is working towards the greater good.

Their ego is legendary since they are very aware of their originality.
All of your gifts are entrusted to you so that you can be a channel for others. You are just the medium – the Light is the source of the genius ideas.

They will channel wonderful ideas but can be so stubborn that they might not recognize when their ideas are inappropriate.
When five people give you the same message, perhaps it’s time to let go and listen.

How to Improve Your Relationship with a Aquarius:

Will achieve fulfillment through: