Are You Willing to Make a Greater Commitment?

Are You Willing to Make a Greater Commitment? 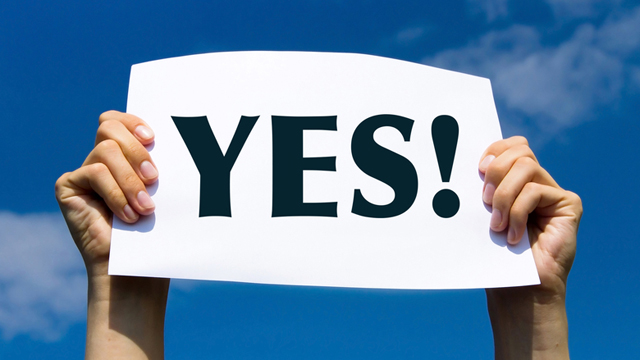 As I was preparing for Rosh Hashanah last year, out of nowhere, I said to myself, “I really hope I don’t get that bad flu I get once a year, which goes to my throat.” So, of course, I as I woke up and was preparing the next day, I started feeling the symptoms of that flu. The first thought I had was, “No, this is exactly the wrong time of the year for this to happen,” but then the second thought was, “No, this is exactly what the Creator wants, and therefore, for whatever reason, the work on this Rosh Hashanah needs to be done from that place.”

So for me, it was exciting, not to be feeling the best physically, but to be able to do the most important spiritual work from that place. And I think it's important for all of us to be clear about that, as well. Because there is no other time of the year where our work, consciousness, and focus is as necessary as on the first day of the new month of Tishrei, Libra, which is the first day of Rosh Hashanah, and the day after. For ourselves, our family, and the world, we need to have the focus, consciousness, clarity, and seriousness of the work that we're going to do. Where our consciousness is during the connections throughout Rosh Hashanah is what guarantees a year with an abundance of Light.

Therefore, no matter what or how we’re feeling, or whatever other reasons we have to not be our most focused, we don't have that leeway those two days. They are the most important days of the year, and where our consciousness, work, and focus are during those days is not only going to set up our year, but also the year for the whole world.

On Rosh Hashanah, the Light of the Creator looks down onto the world and asks, “Who are my soldiers this year?” And it doesn't make a difference if you were the worst person in the world last year, if on Rosh Hashanah you are truly committed to being a great conduit, you make that commitment, and accept upon yourself greater and greater work. If you do so, then the Light of the Creator will give you all the support that you will need to do that work. And whether it's sustenance, health, happiness, or certainty, you can receive all of it, regardless of what the past has been.

On Yom Kippur we'll have the time to cleanse, but on Rosh Hashanah, we don't think about anything negative we've done. What we need to think about - and this is the single indicator of how much Light, blessings, health, and happiness we will have this year – is how much of the work of revealing the Light of the Creator in this world we are willing to take upon ourselves today.

And, of course, on Rosh Hashanah, we can all say, “I'll spend most of my time, most of my day, revealing that Light and doing that work.” But it has to be real. How much of the work of the Light of the Creator are you truly willing to accept upon yourself today? Whatever that amount, is how much Light the Creator will give us. Because, again, the Creator looks on the world, not thinking about what anybody did last year, but rather, focused on how we make it a year of real change.

The Creator has baskets of health, happiness, sustenance, and Light, and those gates to receive them will be opened to the individuals who take upon themselves greater work. Which means, if we want this next year to be filled with greater Light, greater blessings, greater sustenance, and greater happiness, then the only question we have to ask ourselves today is, honestly and truthfully, how much of a greater commitment am I willing to make for this next year to do the work of the Light of the Creator, to share, and to bring the Light of the Creator into this world?

That is the single greatest indicator of how much Light and blessings we are going to receive. It's important to be clear about that. We cannot ask for, or make the connections, until we’re committed. Truly asking for sustenance, health, or happiness is almost pointless if our level of commitment to do greater work for the Light of the Creator in this world does not exist, because they are all effects of our commitment.

Therefore, the single greatest focus right now, as we begin the connection of the first day of Rosh Hashanah, the first day of the new month of Tishrei, needs to be this question: How much of the work of the Light of the Creator am I willing to accept, and am I committing to do? Think about it. Really take the time. Because we're going to make the connections, and the gates are going to open for blessings, sustenance, health, and happiness, but they will come to us only at the level of commitment we have for this coming year.