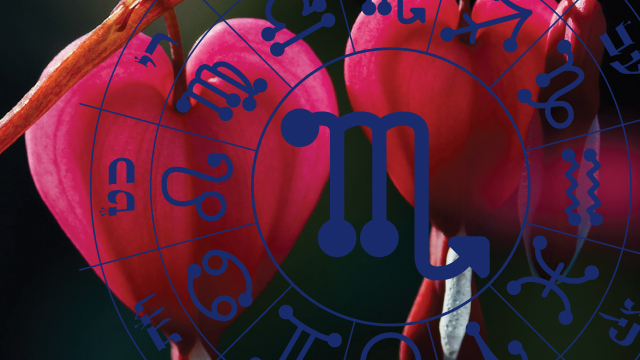 Hi everyone! I'm sure you guys are already feeling a shift of cosmic energy as we witness the new moon of Scorpio this week. This marks the end of "peaceful" Libra. Time to get our armor and weapons out of the closet!

Let me start with some basic survival advice: no matter what, stay cool! We need to place ourselves in a position of observer because, my friends, we are likely to witness the best and worst of human behavior this week!

So, let's take a look at this week’s chart…

First, the blessings: we still have a lot of planets in Libra, a Leo moon, accompanied by Jupiter and the Black Moon, all in Leo–just a little "bone" the cosmos is throwing us to temper what's coming!

The issue this week is in the planetary interactions. We will notice many ill aspects between the moon, Uranus, and Pluto, for one. Also, Uranus is opposing Mercury (still in retrograde) in Libra, as well as the North lunar node. Uranus is acting up again!

As we know all too well, Uranus rules terrorism, nuclear energy, and revolutions of all sorts. There is a very important lesson here for all of us.

Clearly, war and terror are no one's cup of tea. For most of us, they’re out there, yet far away. Conflicts between nations or groups are very much a problem we worry about, but feel helpless in solving. Then, here come the kabbalists with a brilliant teaching! What fuels war and terrorism, they ask? The answer: our own reactive terrorist inside!

Last week we learned about creating bridges. How many times have we burned them? The kabbalists teach us that mankind has the power to control everything. We are held responsible for all other kingdoms: animal, vegetable, mineral–even the kingdom of angels!

It is said that the first man, Adam, was created with atoms from all the different kingdoms, so he would feel that they were a part of him. Our late and beloved teacher, Rav Berg, always stressed the importance of self control in our personal behavior. Think about the butterfly effect; everything we do affects the entire world.

To help us, the cosmos is delivering an amazing gift as the new moon of Scorpio appears this week. Kabbalistically, this event is considered to be THE most powerful day of the year! As usual, let's give a little toast to the sign of the month, our lovely Scorpio friends!

And here comes the boiling water...handle with care! Scorpio is the fire of the water signs. Peace doesn’t seem to ever happen to them. But, of course! They are ruled by Mars, the warrior. The least we can say is that they are very intense, indeed. Nothing is ever gray for a Scorpio; life is either black or totally white (but that one’s rare!).

Scorpios are renowned for their amazing instincts in business and with people. But they are, by far, the most tormented personalities of the zodiac. One should always take care to show a Scorpio strict boundaries, otherwise their desire and sense of control can be extremely difficult to live with.

Because of their great internal turmoil, Scorpios often enter states of crises, which can be very destructive to the people around them, particularly the people that they love. When a Scorpio turns silent, beware! While the Scorpio will rise like a phoenix after a crisis, his loved ones will remain in the pit for weeks!

Scorpios are renowned for their great acts of fearlessness and courage. However, in the real battles of life, they are plagued with very intense internal fears, which often distort their reality. They often have fear of failure, of being judged, and (even more intense) the fear of not being loved. Then here comes the crisis!

A considerable population of Scorpios are slightly (or more!) paranoid. That’s why they make excellent detectives and politicians. It’s almost impossible to know any Scorpio 100 percent; they take their secrets to the grave! The best way for a Scorpio to work is to have someone much stronger, whom they respect, guide and help focus their energies. They will make great warriors!

This week, we can harness a great courageous energy to fight our own demons, or the "terrorist" within, and bring real peace to the whole world. Remember to meditate towards all areas of conflict in the world–we all matter!

Chodesh Tov to everyone!