Astrology Forecast for the Month of Scorpio 2017

Astrology Forecast for the Month of Scorpio 2017 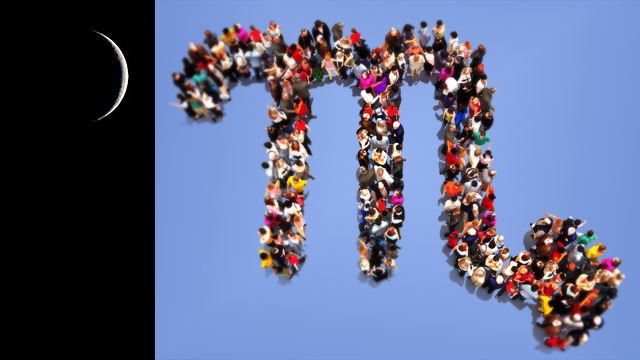 Hi, everyone! We just entered the new lunar month of Scorpio! Thankfully, this week’s chart still holds a bit of Libra to tame the martial energy to come! Jupiter and Mercury are conjunct, which is excellent for self-expression and a better understanding of human nature. In addition, the sun and Venus are in peaceful Libra, adding some pastel coloring to everything we do. Aside than that, this month will certainly open our third eyes a lot wider!

To spice up our forecast, here are some Scorpio fun facts:

Scorpios, here comes the boiling water. Handle with care! Scorpio is the fire of the water, so peace doesn’t seem to ever happen for them (or to us this month)! But of course, the month is ruled by Mars and co-ruled by Pluto, two very intense planets. As a result, Scorpio knows no shade of gray. Life is either black or totally white (though, the latter is rare)!

Renowned for their amazing instincts in business and people, the natives of this sign hold the most tormented and fascinating personalities of the zodiac. The best way to use their skills is to give them greater challenges and responsibilities. However, take care to always show a Scorpio strict boundaries, otherwise their desires and need for control can be extremely difficult to handle.

Because of their great internal turmoil Scorpios often enter states of crisis, which can be very destructive to the people around them, particularly those they love. While the Scorpio will rise like the phoenix after a crisis, his loved ones will remain in the pit for weeks!

Fearless and courageous in the real battles of life, they fiercely protect the ones they love.

However, they are often plagued with intense internal fears, which range from fear of failure to being judged, or even more so, of not being loved. That’s when Scorpios go into survival mode and pretty much destroy everything and everyone around them!

They do need a lot of love. But it is sometimes very difficult to offer them when they are so controlling and judgmental. Their sharp eyes will notice things most people never notice.

Contrary to popular belief, they are not always right in what they see, because their fears can distort reality. In zoology, the scorpion is practically blind and directs himself by instinct. A mother scorpion will carry her kids on her back, but in a time of famine she will actually eat them!

Three types of Scorpios exist in kabbalistic tradition. In order of spiritual growth, they are the snake, the scorpion, and the eagle. There is a belief that King David (the warrior and the poet) was a Scorpio. Generally, The male Scorpio is more loyal than the female, and he is likely to stay in a relationship that doesn’t work for a very long time out of pure loyalty, or in the hopes he can fix it.

A considerable population of Scorpios are slightly paranoid (Joseph McCarthy was a Scorpio)! That’s why they make excellent detectives and politicians. It’s almost impossible to discover a Scorpio’s lie; they take their secrets to the grave! But they do lie by omission: it’s difficult to truly know a Scorpio. A disclaimer: always beware of a Scorpio who becomes silent. Something bad must be cooking! The best way for a Scorpio to work is to have someone they respect above of them. That is how they become great warriors!

Spiritual goals for Scorpios and for all of us this month:

Have a wonderful week and month!