Bringing About Global Change, One Action at a Time

Bringing About Global Change, One Action at a Time 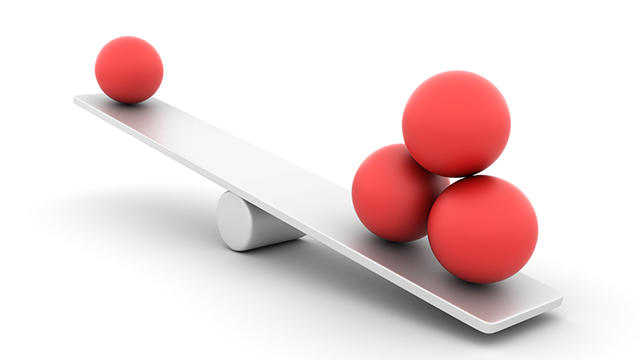 There's a deep and powerful understanding to have as we enter into the month of Cheshvan, or Scorpio. In the month of Libra that we just exited, the days were prepared by the cosmos with great opportunities to draw Light, and some people make the mistake of thinking the reason there are not unique days of connection set up like that in the month of Scorpio, besides Rosh Chodesh, is because it is a month when there is not much Light available; but that's not true. As we will come to understand, Scorpio is a month in which each one of us individually can reveal more Light than in any other month of the year, as well as effect more global change.

Rav Ashlag quotes a teaching from the son of Rav Shimon Bar Yochai, Rav Eleazar. He says that one should live his or her life viewing the world as being balanced - positive and negative, good and bad. And every person should also view him or herself as being in balance. Therefore, every single action of positivity, sharing, and revelation of Light elevates the entire world. While conversely, every single action of negativity, selfishness, and what hurts another person, changes the entire balance of the world to negative.

Rav Eleazar says that one should live his life with the thought that the world, and ourselves, are exactly balanced in each moment between positive and negative, and that one action will tip the balance. One action that is positive will tip our own, and the world’s, balance to positive, while one negative action of selfishness will tip both ourselves and the entire world towards the negative. He tells us if we can live our life with this constant consciousness, then we will achieve the purpose for which our soul came into this world.

But Rav Ashlag says we have to understand what that means; do we really believe that in any given moment we, and the world, are exactly balanced between positive and negative?

Most of us want to do what's right, we want to do actions of sharing, we want to do actions that will connect us to the Light of the Creator and receive the blessings that come from that. When we share, we share for many different reasons. Sometimes, one action of sharing is caused by many different thoughts and reasons. Sometimes, we do an act of sharing, an act of connection, that is purely for the purpose of sharing and that has no personal desire or thought involved in it at all. However, that's very uncommon. And although actions of sharing are certainly better than not sharing, they're not always pure. For example, we share with a friend, because he also shares with us. It's not pure sharing, and that's okay, because we're not meant to be perfect all the time. But what we should understand is that our spiritual purpose in this world is not simply to be a good person, and not simply to perform actions of sharing, but that each one of us individually needs to know that the shift of our consciousness also affects the world.

The purpose of the wisdom of Kabbalah, as we so often talk about, is not simply to bring more Light and blessing into our lives; the real purpose of this wisdom, the reason it was brought into this world thousands of years ago, is to create a shift in the world in a simple state. Imagine if a majority, or at least a critical mass, of the world today cared more for the other than they cared for themselves. And if we're all honest with ourselves, what percentage of our day, week, or month is purely focused on the other? We need to come to understand that purely focusing on the other is the way to change the world.

Scorpio is a month when we can do great things and open our consciousness up to these greater concepts, to not just bringing about individual change and individual blessings and Light, but to effect a global change… so, how do we do that? Through pure actions of sharing; as Rav Ashlag tells us, the purer the action of sharing, the greater shift of consciousness, and the greater the effects in the world.

When enough people do enough actions that are pure in their sharing, the world changes. Therefore, the consciousness to focus on in this month is of doing one act of pure sharing, one act of sharing that brings us no benefit; because that action shifts the consciousness of the world, and the world needs more and more of those actions. Simply understood, if the majority of this world cared more for the other than the self, the world would change. As Rav Ashlag has said, all the sources of war and destruction that are in this world could not exist once we view the other's benefit before our own. As such, the purest action that can effect change is an action that is only for the benefit of the other. When the individual has no Desire to Receive from that action on any level at all, it begins, or continues, the process of transforming the consciousness of the world.

A world consciousness shift does not happen in one fell swoop. It happens slowly. It is like putting sesame seeds on one side of a scale, and something very heavy on the other. One sesame seed is not going to do anything, but over time, if we keep adding those sesame seeds to the other side, it will shift the scale. And that's what Rav Ashlag says when we talk about viewing the world as balanced and viewing our work to shift that balance. We know it's going to take time, but pure actions of sharing, and the consciousness of those actions, will affect that shift.

And this is why, especially in the month of Scorpio, we need to ask that our desire and focus be on knowing that our job is not simply to be spiritual for ourselves and to draw Light and blessings for ourselves, but rather, to effect a global change, to effect the global shift of consciousness. That occurs, as Rav Ashlag explains, from pure actions of sharing. Therefore, as we enter into this month of great change, we should ask ourselves: When was the last time I did a pure action of sharing? And more importantly, when did I do it with the singular desire of shifting the world's consciousness?

That's what this month of Scorpio is about. It is about grabbing the opportunity to effect change, understanding that we choose, one time a day, to do an action of sharing knowing it will not benefit us at all. We are doing it because we want it to be one more sesame seed on the scale of the world that, over time, will shift the world's consciousness.