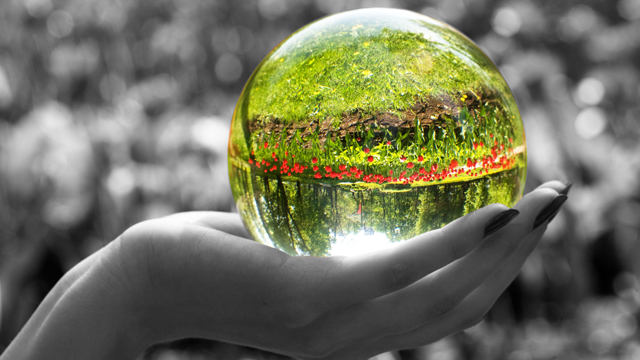 The Torah portion of Shlach Lecha may seem a bit confusing, but it provides a key concept to nurture our spiritual process.

The Creator tells the Israelites that they are now ready to go into Israel – the Promised Land, the Land of Milk and Honey. The Israelites decline the invitation, and the Creator asks Moses to select 12 people – 12 of the most spiritually elevated people of Moses’ generation – to enter the land of Israel and act as spies. The kabbalists explain that, for the Israelites, entering Israel was not only a physical action, but refers to the next level of spirituality on one’s path.

Both Moses and the Creator knew that the Israelites weren’t truly ready – consciously – to enter the land of Israel.

Before Kaleb started his mission, he took a detour and made an effort to go visit the ‘Cave of Four’ in Hebron. He knew that he would be tested and therefore would need the help and support of the righteous (we learn here a bit about the power of visiting the tombs of righteous souls).

Yehoshua’s name was changed by Moses before he went to Israel. His original name was Hoshea – Moses added the letter ‘Yud’ in the beginning of his name to give Yehoshua extra energy and support in order to elevate his consciousness and ‘pass’ the test successfully.

The problem with the ten spies was that they didn’t push themselves to try and connect with truth. They saw the situation in the land of Israel – the giants and the different strong nations – and chose to believe in it, regardless of what the Creator and Moses said.

For the spies to do their job properly and earn the right and merit for the Israelites to enter Israel, they needed to completely let go of the reality presented and not be affected by it. They needed to have trust and certainty beyond what their eyes showed them or what their hearts led them to believe. They could have tapped into the higher consciousness – the consciousness of the Tree of Life, as Moses originally asked – and put their logic aside. If they had just followed Moses’ advice, they would have been awakening a level of certainty that would have completely changed the Israelites’ reality.

When Kaleb was standing in front of the Israelites after he returned from his mission, he didn’t deny the fact that there were giants and other dangers in the land of Israel. But he had 100% certainty in the Light and Moses, and knew that if they sent the Israelites to the Promised Land, they should have the same certainty to walk into the land and know that everything would work out.

Through this portion we can tap into that consciousness of a simple belief: certainty beyond logic – Rav Berg calls it Emuna Peshuta; Rav Ashlag calls it Emuna Lemala Min Hadat – and awaken that higher consciousness within us. Through the energy found in Shlach Lecha, we can learn how to not be affected by the illusion of logic, nor be deceived by what our eyes or hearts show us. Our teachers, Rav and Karen Berg, gave us all of the tools we need for our journey and process. We just need to follow them.