Your financial support is absolutely instrumental in this unprecedented time. To support The Kabbalah Centre, click here. 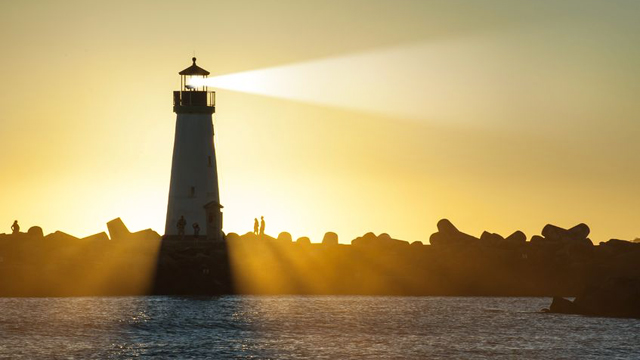 Tonight is the death anniversary of Moses, the great leader of the Israelites, who is said to have reached such an elevated spiritual level that he was half-man, half-angel. But what you may not know is that when God originally told Moses he was going to be the leader of the Israelites, Moses resisted, not because he didn’t want to take responsibility, but because he honestly believed he was nobody special. However, it was precisely because of this humility that God put Moses in the position that He did.

The Kabbalists explain that the day a righteous person leaves this world, the totality of his or her energy is available for all of us to tap into. Tonight is the start of our opportunity to connect to Moses, an opportunity that will continue all the way through the day tomorrow. Now you may be thinking: Connect with Moses? But he is such a high soul; he spoke directly with God! How can we draw energy from so pure and high a source?

Let me share a story that may help. It’s a bit longer than I usually share, but it’s a great one so I hope you enjoy:

Hundreds of years ago, there was a group of homeless people that banded together—simple “nobodies” who didn’t have homes or money and who would go from village to village trying to raise a little money so that they could at least buy some bread to eat. At one point, they hit a rough patch. They hadn’t eaten anything substantial in weeks and were hungry, starving actually.

As they were sitting in the forest trying to come up with a plan, their leader suddenly said, “I have an idea. You know there are many righteous people, like the Baal Shem Tov and his students, who travel from town to town and teach. And when they enter into a town, the townsfolk get so excited that they eagerly open their homes to feed these very holy men. My idea is this: We go into the river, clean our clothes and ourselves, then go to the nearest town and pose as these righteous souls. Hopefully, there will be somebody who will believe this lie and take us into their house and give us a meal.”

They all looked at one another and contemplated this outlandish idea. And when it came down to the crunch, they all agreed. After all, what did they have to lose? So they all went to the river and cleaned themselves, while then two of the men went to the town to knock on doors and alert people that a great righteous soul was coming. It didn’t take long for the buzz to spread so that by the time the “righteous soul” arrived, the wealthiest man in the village had invited the group to his home for dinner.

The beggars had hit the jackpot! They all sat down at the table and ate as they had never eaten before. Everything was working out perfectly.

Towards the end of the meal, the wealthy man turned to the pretend “righteous soul” and said, “I have to tell you the truth, master. The reason that I invited you into my home wasn’t just to share with you. I also have something that I have to ask you. My daughter has been very ill for a long time, and the doctors have almost given up hope for her. When I heard you were coming to town, I thought maybe you could help. Maybe you can heal her; maybe you can bring this miracle into our home.”

At these words, all the beggars froze. This was not in their plan. You can just imagine what they were thinking: “Oh my God, not only are we liars, but now we are going to ruin the last bit of this kind man’s hope.”

They didn’t know what to do, so of course, they all turned to the “righteous one,” their leader, who said to the father, “Let’s go see your daughter.” Shaking in his boots, the head beggar took a few prayer books into the girl’s room, then said to the father, “Close the door and leave me here to pray.” A couple of hours later, he finally opened the door and came out, his face red and tears running down his cheeks. Turning to the anxious father, he said, “I think that your daughter is going to be alright. In fact, she already looks better. I think she is going to heal.”

The father walked into the room and saw that it was true: His daughter did indeed look much better than she had looked for a long time. In fact, she really did seem to be healed.

The beggars left the town, and once back at their forest encampment, they turned to their leader and said, “Look, we know you. You’re no righteous man! You’re a beggar and a homeless guy like the rest of us, so how did you heal that little girl?”

“That’s true,” said the head beggar, “I am a nobody. I’m a beggar and a homeless liar like the rest of you, but when I went into that room, I felt the love of the father for his daughter and I said to the Creator, ‘You know who I am—a nobody, and on top of that, I am a terrible liar—but this father wants Your help. He mistakenly thinks that I can be a channel for that help, so not for me or through me, but for the love of this father, please, I beg You, Lord, heal his daughter.’ I cried out to God for those two hours. And as you saw, the Creator heard my plea.”

What we learn from this simple story is this: Yes, all of us, to some degree or another, are like that beggar. We all have our limitations and our faults. None of us are on the level of Moses. At the same time, however, each one of us also has a responsibility to be the beacon that God intends for us to be via our love, our kindness, and our transformation.

Tonight with the help of Moses, may we receive the strength and energy we need to rise to whatever occasion is before us, because with a true desire to connect with the Creator and share His Love in this world, anything is possible.