Finding Your Place in the Puzzle

Finding Your Place in the Puzzle 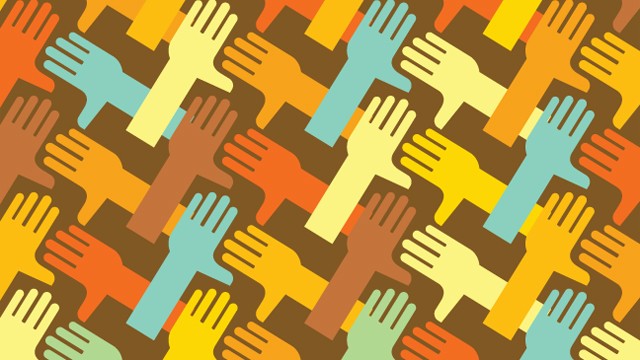 In 1893, young Mohandas Gandhi found himself in Durban, South Africa far from his home in India. After failing wretchedly as a lawyer twice, he was hopeful that this new country would bring him professional success. However, Gandhi abruptly discovered that South Africa was a racially divided country when he attempted to ride the train and was told that his first class ticket was for “whites only.” He was escorted out of the first class car with much humiliation. This experience opened his eyes to the oppression of Indian merchants and professionals living in South Africa and became the catalyst for his evolution into an advocate for Indian rights.

At the young age of 25, Gandhi took on the role of political leader and ended up spending the next two decades in South Africa practicing non-violent resistance. He would later take his experience back to his native India and continue to advocate for human rights, ultimately becoming the peaceful political figure that we remember today—Mahatma Gandhi.

Kabbalah teaches that taking action in the real world is just as important as meditation, prayer, and study. According to Michael Berg, “At least half of what we do in the world ought to be directed toward assisting others.” Performing acts of kindness or “good deeds” is honorable but when kabbalists encourage righteous action, they are really suggesting a shift in perspective regarding our role in the world.

It is easy to view our lives as a movie in which we play a starring role, while those in our lives become supporting characters. We move through life focused on achieving our goals and manipulating our life story in a way that is most advantageous to ourselves. Many of us are driven by a Desire to Receive for Ourselves Alone; when things go our way, we are the beneficiaries. However, Kabbalah asks us to consider our relationships and the events in our lives as opportunities to share.

Gandhi’s experience in South Africa provided him the opportunity to act. He realized the discrimination he faced was not isolated. In fact, restrictive racial laws dictated the livelihood Indians in South Africa. They were a disenfranchised people. Gandhi chose to act not for his own gain, but rather as a single piece in a much larger puzzle with the hopes of ending racial inequality.

We are all single pieces of a huge puzzle, interconnecting to complete the picture. As we grow spiritually, we find our purpose. That is, we find exactly where we belong in this big puzzle. However, our transformation rests on our ability to help others find their place, as well. It’s a team effort. “You must learn to see the unity of your own interests with the interests of everyone around you,” says Michael Berg. That means helping others, sharing, and taking care of each other. We have a responsibility not just to ourselves, but to our families and communities.

Ideally, we would all advance together. Yet, as with any puzzle, there will be mistakes and setbacks that impede our progress. They make the victories all the more sweet. By shifting our vision of our world to include the wellness and success of others, we transform and through this transformation, everyone wins.