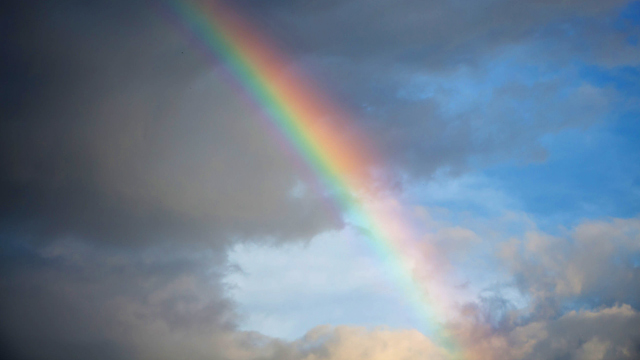 How certain are you that you can bring miracles into your life? Kabbalah teaches that it’s possible to open up a free-flowing channel of miracles and blessings into our lives. However, it all depends on our certainty. According to Michael Berg, “There is no place where the Light of the Creator doesn't exist; yet, if an individual does not have that certainty and that clarity, then he stops the miracle from happening.” Sometimes it takes effort to have complete certainty the moment we make a decision, but an even bigger miracle is maintaining certainty throughout the process—even when the road gets rough and it’s easy to doubt our original choice. “The Light of the Creator flows continuously for eternity,” Michael Berg adds, “and if we never had any doubt about it, the Light would flow to us forever. But every time we do have doubt, we shut off the flow of the Light of the Creator.” By holding on to our certainty and letting go of doubt, we preserve the flow of Light into our lives and in doing so invite more blessings and more miracles to occur.

Having certainty can feel like letting go of rational thought. When we look at the world through a scientific lens we see only the concrete—that which exists in our physical reality. However, there are times when all physical signs suggest that something is impossible and we still feel sure that our desires can come to fruition. Kabbalists call this certainty beyond logic. It means believing that despite the odds, anything is possible.

We are taught from a very early age to think logically, especially when solving problems. We learn to rely on facts, statistics, evidence, or prior knowledge. So, it becomes difficult for some of us to embrace infinite possibilities. In actuality, when it comes to our spiritual paths, our efforts are far more effective when we set aside logic and open up to our fullest potential, something we can only do when we have certainty beyond logic.

Having certainty can feel frightening, like stepping off a cliff. There is a saying, leap and the net will appear. Each time we leap into the unknown we become stronger and less likely to have doubt in the future. Logic has an important place in our lives, but on our spiritual paths it is best to let certainty beyond logic guide the way.

Start by fostering a desire to have certainty. Look for the positive side of every situation. When things don’t go as planned, remind yourself that there is always a lesson to be learned. Embrace the idea that the Creator has a plan and you are a part of it. Whether you can see the plan or not, trust that the Creator has one.

Martin Luther King, Jr. said, “Faith is taking the first step even when you can't see the whole staircase.” When you believe this and have certainty, you’ll eventually begin to expect blessings and miracles in your life. Very simply, when you don’t believe that something good will happen, it won’t. Though our rational minds beg to differ, “If you're connected to unlimited certainty,” says Michael Berg, “you draw from the place of unlimited miracles.” The true source of miracles in our lives is the Light of the Creator and we open up the channel for more miracles and blessings by having certainty beyond logic.