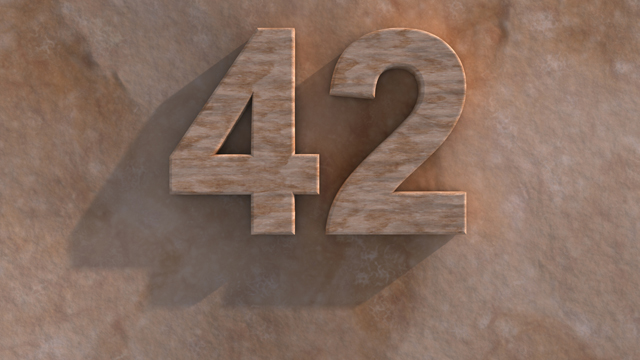 My teacher, Rav Berg, once asked, “Why in the portion of Matot-Masei do we hear about the Israelites traveling from city to city?”

The Rav went on to explain that there are 42 destinations which connected to the Ana B'Koach Prayer, or ‘Prayer of The Kabbalist’, which is comprised of exactly 42 Hebrew letters. These verses are the method by which the Creator created every aspect of the universe. This week provides us with a full connection to the Ana B'koach. The Ana B'koach is the interface between the Light-force and that which it created, our physical world. It is an opportunity to tap into the flawless, 99% universe using the power of our minds – mind over matter. This powerful prayer eliminates time, space and motion, allowing us to go back to the very moment of creation. We are thus able to eliminate the chaos that was destined for us before it occurs.

Tap into the flawless universe using the power of our minds? Mind over matter? Eliminate time, space and motion?

As good students of Kabbalah, we may ask the question that the Rav has always suggested we keep asking:

‘Nice theory, but how does this benefit me in my daily life?’

For those of you that have experienced the benefits of these 42 letters, the following story will not surprise you. About 10 years ago, the Kabbalah student who introduced me to The Kabbalah Centre told me this story.

This student had traveled from London all the way up to Manchester in the north of England. He didn’t go into detail, but at the end of his trip he somehow managed to find himself sitting in a dark empty bus shelter, at night, in the middle of freezing Manchester – with no money left! For those of us that have run out of money and been stuck in the middle of nowhere far away from home, you can perhaps relate to the fears that he went through in that moment. So what did he do? Panic? Look for help? Cry? The answer is: none of the above! He decided to calmly recite the Ana B'Koach with all his heart while sitting at the bus shelter, truly opening himself and asking the Creator for help. And then he just let go.

Within minutes, a man came out of nowhere and sat down next to my friend and our protagonist. They began to talk; the student shared his story and why he was sitting there. The man, without much hesitation, stood up and told the student to follow him. They walked to a local hotel together where the man unconditionally treated the student to his own room for the night, taking care of all of the bills to ensure my friend was cared for. This student had seen with his own eyes how, within a few minutes of saying the Ana B'Koach, he had indeed tapped into the flawless universe using the power of his mind. He eliminated time, space and motion and saw the prospect of spending the night out in the cold all turn around!

But as the kabbalists teach: Don’t believe a word you hear, try it for yourself!

This week we can develop a deeper connection to the power of these 42 letters known as the Ana B'koach, but like the student in this story, we need to have the certainty that everything will work out.