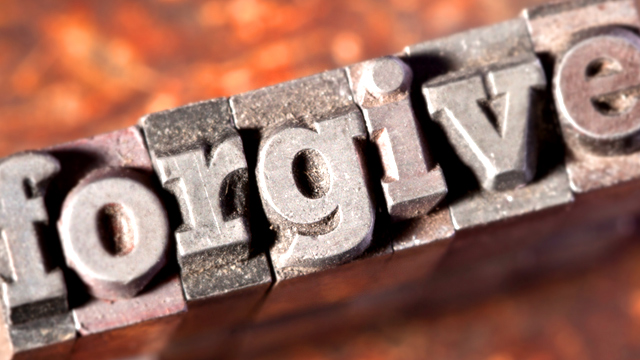 If you're praying for miracles, then start forgiving people. Fast.

When you clear the black lists you are holding on people - on a daily basis - you will see some special shifts in your life. Especially this week, during Chanukah, the holiday of miracles.

This week's Zohar portion, Miketz, talks a lot about the relation between miracles and forgiveness. For starters, Miketz teaches us that, "a person who is forgiving of everyone is worthy to have the Light perform one miracle after the other for his sake.”  Sometimes the Zohar is challenging in its teachings, and sometimes it is straightforward. This week's portion gets right to the point, its message encapsulated here in this simple story about the power of true forgiveness:

"As Rav Aba sat by the gate of the city Lod, he saw a traveler standing near the edge of a cliff on the mountainside. The traveler must have been weary from the road, for as Rav Aba watched, he lay down and slept. While he was sleeping, a snake came toward him. Then a lizard suddenly appeared and killed the snake. When the traveler awoke, he saw the dead snake and stepped back from the cliff.

Just then the cliff was torn from the mountainside and fell to the valley below, but the traveler was saved. If he had awakened a moment later, he would have fallen to his death. Rav Aba approached the traveler and said: “What have you done that the Holy One, blessed be He, performed two miracles for you: saving you from the snake, and saving you from the falling cliff? For these events did not happen without a reason.”

The traveler replied, “In all my days, I forgave and made peace with any man who did evil by me. If I could not make peace with him, I did not sleep on my bed before forgiving him and all others who had aggrieved me, and I did not harbor hatred for any harm that had been done to me. Moreover, from that day on, I tried to do kindness by them.”

Rav Aba wept and said: “This man’s deeds exceed those of Joseph, for those who injured Joseph were his brothers.  Assuredly, he should have pitied and forgiven them from brotherhood. But this man was forgiving of everyone, so he is greater than Joseph and is worthy to have the Holy One, blessed be He, perform one miracle after the other for his sake.”

The traveler in this section was not even aware of the two miracles that had saved him from danger. It was the power of forgiveness he had practiced throughout his life that protected him. Our take-away from this story is that the single most important step we can take towards protecting ourselves with the miraculous power of the Light is to love and forgive other human beings - without conditions.

Just as the Creator loves and forgives us - without condition. Difficult? Of course, considering that the temptations of anger, envy, and self-serving desire are always seeking to divert us from the goal. But achieving our most worthy aspirations amidst the negativity that surrounds us is what spiritual work is all about.

And by the way, the Creator didn't leave us without weapons against the power of inner-darkness.  Scanning and studying Miketz disintegrates the barriers that prevent us from making love and forgiveness integral to our dealings with other people, especially those towards whom we harbor negative feelings. But, in order for its concealed spiritual current to flow into our lives, it is important we understand and accept three key principles:

1. Every person that comes into our life is sent by the Light to help us move forward along our spiritual path.

2. Destructive emotions that we direct towards others did not originate with them - nor did it begin within us. They are simply barriers placed in our way in order to prevent us from connecting with the force of love. This is a test. Only a test.

3. Reaching higher levels of spiritual mastery requires us to remove these barriers from our heart, using the Zohar and other tools of Kabbalah. The alternative is many years of unnecessary frustration and pain.

Let go of the lists you're holding in your heart. Forgive, forget, and have an unforgettable Chanukah.

Read the full Zohar portion of Miketz and connect to the energy of the week here.