Letting Go of Hugging our Chaos

Letting Go of Hugging our Chaos 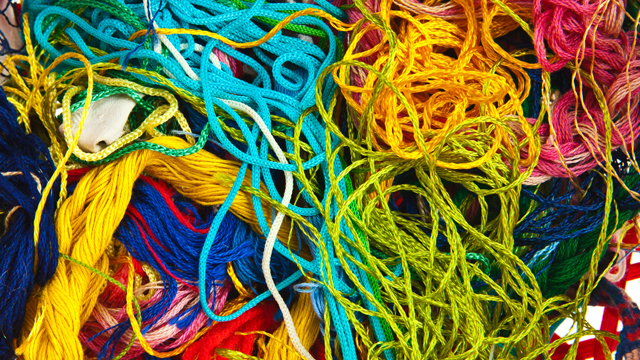 In the portion of Beshalach God told Moses not to take the Israelites by way of the Philistines so that the Israelites would not lose their consciousness. When the Bible says that God was afraid that they would want to go back to Egypt, the Zohar says scripture is teaching us about how we hug our chaos.

It may sound strange. Logically, in the one percent, why would we want to hold onto our chaos? We could try to rationalize that it is because it is more familiar. Miracles are a wonderful thing, but they are new ground. We are entering new territory; territory that has been closed for 3400 years. I’m not speaking about physical territory, but that arena of achieving miracles in our lives. Most people think they have control in their lives. This is the familiar road we have taken, not only in this lifetime but possibly in prior lifetimes, and the consciousness of prior lifetimes is here with us now, and it is not easy to remove it or heal it. Thus every day, it is a constant struggle.

The Zohar explains that God did not want to permit one moment of doubt to settle in because it is that simple. We scan, read and study the Zohar to strengthen our certainty even though everyone and everything is against the conviction that certainty exists.

When the Bible says that God hardened the heart of Pharaoh the Zohar explains this was so that after every great miracle the Israelites could recognize that they were now in control. The Zohar says that the nature of the human being is something that, for millenniums, mankind has been unable to remove. This is our only blockage and the removal of this blockage is not dependent on outside factors but is completely dependent on our own nature. Pharaoh is a metaphor and is that nature within us—the evil inclination—which can justify every action that we deem to be correct, whether it be in effect negative or positive. If we feel that we do not have to share anymore, that we do not have to treat every single human being with human dignity, then the Satan is ready again to do battle.

Pharaoh decided to go after the Israelites even after all that he had just went through. Why would he want them back after being persecuted by the Ten Plagues; what did he want with the Israelites? We must conclude that the Bible is again speaking in metaphors and it is teaching us about ourselves. When the Israelites saw Pharaoh, they lost their certainty and immediately said that they should have stayed in Egypt and died at the hand of God. This is our nature and the only thing that will prevent the removal of chaos in our lives.

The Bible is stressing over and over again that there is a force within us that compels us to behave in a certain way and that it is almost impossible to find a release from this force. At the Red Sea the children of Israel prayed to God. It is obvious that they had a serious problem, for the Egyptians were behind them, and the sea was in front of them. Here we encounter the familiar response from God: Ma titzak elai? “Why do you cry to Me?”

The Zohar asks the same question and responds by saying that the Israelites were given the tools by which they could completely remove chaos, including death—the 72 Names of God. The Zohar says that the position of God was that the people have to do and take care of the removal of chaos, it was not His job. God did not bring the Israelites, or us for that matter, into the world to abandon us, He gave us the tools by which we can fashion our own destiny. However, there is another nature within mankind, the evil inclination, which seeks out the chaos that can bring doom to the individual. It is what drives us to do certain actions when we know them to be wrong. We should be aware that it exists; it is a war we wage every day. If we are not aware of this evil inclination, we cannot make it. We are like a person sitting on the battlefield while bombs explode around him, thinking there is no war and that this is paradise.

Studying this portion gives us the ability to connect to the consciousness of the Israelites at the splitting of the Red Sea—mind over matter. As we approach the section with the 72 Names of God in Exodus 14:19, 20, 21 we can program our minds that there is a phenomenon known as mind over matter, and through the 72 Names of God we can connect to it. Each of us must ask ourselves why we merit this knowledge that can remove chaos. I know personally that when we are of the consciousness of certainty, we can get rid of doubt.