Living Our Truth in the World of Lies

Living Our Truth in the World of Lies 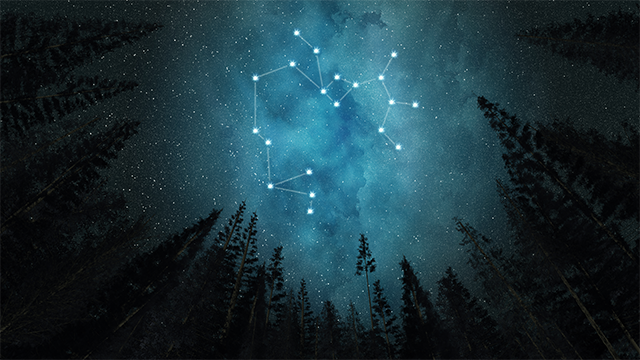 One of my favorite stories in the Midrash is about Saul, the first king of Israel. He was chosen to be king because he was a very elevated soul, and because of the tremendous amount of work and Light that he could reveal in this world. The prophet Samuel directed Saul in everything that he was supposed to do. Without going into the entire story, there came a moment in Saul’s life where he decided, for good reasons, not to listen to Samuel.

When you read it in the Prophets, it's a very dramatic scene. After a lot of arguing, Samuel finally tells Saul, “I want you to know that in this moment, because of this decision, you have lost the merit to be a leader and to remain king, and I promise you the kingdom will be given to somebody you know, King David, who is better than you.”

Years go by, and Samuel the Prophet leaves this world. Saul is still king and is about to enter into his last battle, although he doesn't know it is his last battle. And Saul was scared for this battle, so even though he doesn’t usually do this and it is not something the kabbalists say we should do, he goes to a woman who is able to call upon the souls of the dead and asks her to call upon his teacher and guide, Samuel, who has left this world.

Samuel, from the world of the souls, says, “The world you still reside in is a world filled with lies. So, I told you something that wasn't actually true. Because, in truth, King David is not a greater soul than you. In the world you’re in, I can say things that aren’t exactly right, because it is a world filled with lies. But now, I'm in the world of truth, the world of the souls, where I can only speak the exact truth, and therefore, all I can tell you is yes, you're going to die. And yes, the kingdom will be given over to David, but I cannot tell you now the lie that he is better than you.”

It's an interesting story on many levels, but for me, one of the key lessons is really the understanding of this world. We have to know that this is a world of lies. We often do things, say things, and sometimes even think things that aren't really true; truth, meaning truth about who we are, and what we know to be right or good. Many times we say things we know are not true and know might not be right, but because of circumstances, find ourselves in the situation where we have to not necessarily lie, but rather, say something that's not 100% true. Many times, because of the circumstances, we act in a way that's not completely deceitful, but still in a way that's not really true to us. That is the truth of this world; all of us, in ways that we're both conscious and unconscious of, lie.

There's a book called The Top Five Regrets of the Dying. The author went to people who were dying and asked them what their lifetime regrets were. They're all very insightful, but the greatest regret of most of the people who were dying was that they did not live a life that was true to them; they were living lives because of circumstances and other people, instead of their own truth. I know that “lies” is a strong word for most of us. But lies, really, are when we live, speak, and often think in ways that are not true to our essence.

So, this leads me to the new month of Kislev, or Sagittarius, that we are entering. Within the month of Kislev, we have the opportunity to connect with and receive the Concealed Light, which has within it unlimited blessings and the ability to awaken miracles in our lives. And the way to connect with and receive all of these gifts, is to first ask that the Light opens up our eyes to our truth.

Do we ever take a look at what we're doing - both in great and small ways - and see how much of it is true and how much of it is a lie? Again, lie here means something that is not really our essence, but that because of certain circumstances is sometimes a necessity. And it’s not about blurting out the truth to other people no matter what, because that’s not good either, that's not the point. The point is to live a life that is more true to our own essence. I'm sure if each one of us took five minutes to think about today, there were things that we did that weren't true, ways we acted that weren't really in accordance with what we know our essence to be or with what we know is right. And out of, say, ten times when we did or said things that weren’t true, maybe only two were necessary.

That is the first step in the work of Kislev. As we enter this new month, we need to take the time to ask that the Concealed Light which helps us see gives us the gift to see ourselves and to see in how many ways we have been drawn down into this world of lies. Again, it is true that sometimes in this world it is necessary. But because we live in this world, the reality is that we've been drawn down. And to prepare ourselves to receive the great Light in this month, one of the first things we want to do is to ask that the Light help us see.

If the things that we’re doing, saying, and even thinking internally are an effect of others’ thoughts and desires and are not true to who we are, then it's not truth. In this new month of Kislev, we can ask for the gift to see when we’re not acting our truth, and ask the Light to help us change from it.