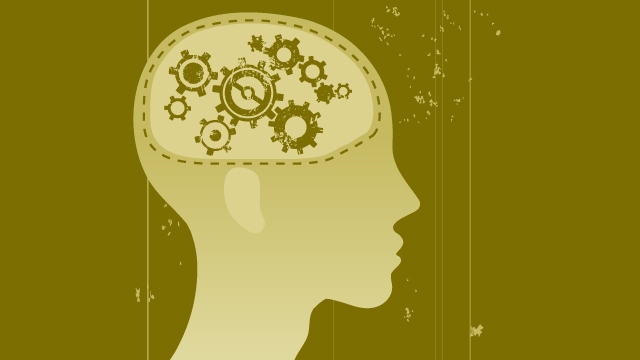 When faced with a big decision, we take many factors into consideration, weighing a whole list of pros and cons. We examine the facts, statistics, evidence, prior knowledge and allow logic to guide us. Yet logic can only take us so far. An important study on decision making shows that while logic plays a part, the deciding factor and the primary motivator is emotion.

Antonio Demasio, professor of neuroscience and director of the Brain and Creativity Institute at USC, studied people who had suffered damage to the part of the brain that generates emotions.  Unable to experience excitement, the participants of the study had difficulty making very simple choices.  They were able to weigh rational information, however, they couldn’t access emotion. This made decision making tremendously difficult, if not impossible.

Desire is fueled by emotion.  It sways us one way or another. We make emotional decisions all the time—some that are life altering. Without emotion to inform our choice between two relatively equal options—chocolate cake versus apple pie, for instance—we would have a difficult time making even insignificant choices.

Not only does emotion drive us to work towards dreams and goals, it brings people together.  Falling in love, for example, isn’t logical at all. It causes us to make decisions that may not be rational under any other circumstance. Yet, love is something we still seek out. We’ll place ourselves at great emotional risk in order to embrace the possibility of finding a soul mate.  Falling in love is letting go of the handrail knowing that whatever the outcome, you’ll be stronger for it.

The divorce rate in The U.S. hovers just below 50%, yet 2.1 million couples still marry each year.  From a purely logical point of view this seems like mass delusion.

This is certainty beyond logic, when all physical indicators tell you something is impossible or uncertain, and you maintain certainty that all will work out beautifully in the end. It is being willing to make that leap of faith; to let go of the handrail and jump.

Christopher Columbus said, “You can never cross the ocean until you have the courage to lose sight of the shore.” This is the difference between thinking and feeling.

Some of the greatest leaps we ever make are based on certainty beyond logic, like the choice to have a child. They are expensive, pregnancy poses health risks, and in the first two years of life they steal 6 months of sleep from their primary caregiver. Furthermore, they are a lifelong commitment that can drain resources. But certainty beyond logic begs couples to maintain faith that a child would bring more Light into their lives and be a blessing in the world.  Expanding one’s family to include a child means losing sight of the shore—sailing into a world of the unknown and unpredictable, yet knowing deep within that this is the right path to take.

The portion this week teaches us an important lesson about certainty beyond logic as it continues the story of the Israelites’ journey in the desert.  Moses sends 12 spies to examine the Promised Land and report back.  He asks them to assess the situation: What is the land like? Is it fertile? Who lives there? Are they righteous? Will they embrace the Israelites or put up a fight? He tells them: "Be courageous. Take some of the land's fruit."

When they return, only two scouts declare that the land is indeed fruitful—they bring back a cluster of grapes so large it takes two men to carry it! However, 10 of the 12 warn that the Israelites cannot settle there because giants inhabit the land and they don’t believe that they could possibly overtake them.  God tells Moses that the tribes are to continue wandering around the desert for 40 more years.  They are not ready for The Promised Land.

The beauty of this portion is that it reminds us of what it truly means to be courageous, that is, to have certainty beyond logic. Why would God tell Moses to send spies if He knew that they couldn’t handle the challenge? Was God setting them up for failure? No, they weren’t sent to the Promised Land to learn about the land. They were sent there so they could learn about themselves.  The journey to assess the land was an opportunity to push their consciousness beyond their fears and beyond logic. They weren’t able to meet that challenge: set rational thinking aside, take a leap, and grow spiritually. As a result, they could not enter.

Logically speaking, it would have been questionable to move forward with the plan to settle in the Promised Land.  The Israelites were people who had endured years of slavery and violence. No doubt, they saw the thriving community as a threat similar to what they experienced at the hands of the Egyptians.  Deeply rooted within them were experiences that served as evidence to support the rational argument against settling in the land.

Caleb and Joshua, the two scouts that insisted the Israelites could take the land had certainty beyond logic. The courageous among us make decisions based on what they feel is true, rather than what they think based on evidence.  They act from their hearts. Despite “powerful giants” and “protected cities” the two leaders connected to the Light and trusted that God had not led them astray.

God never gives the answers away. It is our job to find them in order to learn for ourselves. Sometimes learning requires that we let go of the handrail.  After the scouts return from The Promised Land, the Israelites must wander the desert.  In those forty years the people transform. They leave behind their slave mentality and are able to embrace certainty beyond logic.  When they finally return, the land hasn’t changed.  The people who live there haven’t changed.  But the Children of Israel have. They illustrate a powerful lesson: while logic is helpful and often necessary for day-to-day decisions, it is beneficial to push past logic, take a leap of faith, and open up to your fullest potential. Maintaining certainty beyond logic takes us beyond our fears and rational thought to a world full of blessings, the most fulfilling of which are attained by taking a risk and setting aside our logic.