Mirroring Our Perfected Self

Mirroring Our Perfected Self 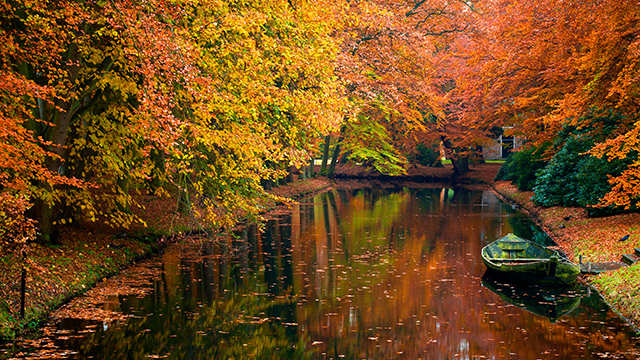 There is a beautiful teaching that is very practical for us in the month of Iyar, or Taurus. The kabbalists teach that every single one of us exists in two realms: there is the manifestation of ourselves in this world, which is what we know of ourselves, and there is also a supernal, perfected mirror of ourselves. Our life's work, and the purpose for which we came to this world, is for who we are in this world to slowly, but surely, through our work, growth, study, and change mirror most closely our Perfected Self that exists in the Supernal World.

Very often in the Torah there is a discussion of the Great Souls, and the name is mentioned twice; "Avraham, Avraham", for instance. The kabbalists explain that is because, in this instance, Abraham worked, grew and changed so much that his physical manifestation in this world matched perfectly who he was in the perfected stage in the Upper World. That is our life's work, because who we are as manifest in this world, for most of us, is a great distance from the perfected part of us, the Perfected Self that exists in the Upper World.

There is a famous quote from the great kabbalist Rav Zusha of Anipoli: "When I come up to the Supernal Worlds I am not worried that I will be asked why I was not like Abraham or Moses. My only worry is that they ask me, 'Why weren't you like Zusha, why weren't you like yourself?’ ” That is the reality of the distance that exists for most of us. Who we are as manifest in this world is not yet truly even close to who we are in the Supernal World. For most of us, who we are in the Upper Worlds is ten times, maybe 100 times, more powerful, great, happy, and connected than who we have so far manifested in this world.

And there is a story which demonstrates this understanding. The great prophet Eliyahu HaNavi, Elijah the Prophet, had a student whose name was Elisha. As Elijah was getting ready to leave this world, his student, who was going to be the leader and prophet after him, makes a very strange request to his teacher. He says, “Give me a double portion of your spirit, give me the ability to do double what you have done, give me greatness twice of yours. Give me Light and the ability to assist, to teach, to bless double of what you can ever do.”

How could Elisha ask his teacher to give him double of his Light? The kabbalists explain that when a person has completed his work in this world, which means that he has transformed, grown, and changed to the degree that he was meant to, then, when he leaves this world, his Lower Self, as manifest perfectly in this world, and his Upper Self merge. And when that Lower Self that exists in this world sees that Perfected Self, it goes toward it, and that is how he experiences leaving this world. So, for Elijah, as he was leaving this world, he had come to the point where his physical self had completely mirrored his Supernal Self; therefore, Elisha could ask him for double of everything he had done in this world, because now both his Perfected Self and the one he worked on to mirror completely the Self that exists in the Upper World had come together, and, therefore, literally double of Elijah the Prophet was being revealed as he left this world.

The kabbalists say that it is a great merit to be by a righteous person who has achieved this mirroring of self when he leaves this world. Therefore, Elijah the Prophet tells his student, Elisha, "If you are there with me as I leave this world, you will receive double my strength, double my Light, and double my ability to bring blessings and direction into this world." And as we read throughout the rest of the story of the life of Elisha, he was able to do twice as much in all areas than his teacher was.

From this we learn a very important understanding: there are two of us. There is who we have manifest in this world, and there is the being we should be comparing ourselves to, our Perfected Self that exists in the Supernal Worlds. All the pain that we experience, as it manifests in any way in our life, is because of that disparity and the time that we take to bring closer those two beings, the manifested-in-our-world version of ourselves, which is still, unfortunately, not growing or changing enough, has doubts, has fears, and the Perfected Self that is completely connected. That is the purpose of our lives in this world. It is not to aspire to be like anybody else; it is simply to push ourselves to the point of growth and change so that our self in this world completely mirrors the perfected, elevated Self that exists in the Upper Worlds. The ability to make that connection is one of the great gifts of this month of Taurus.