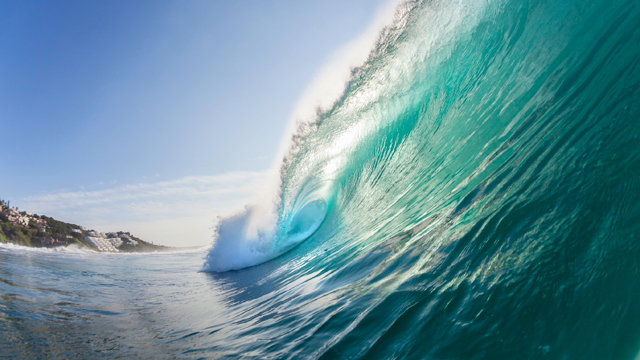 On the morning of October 31st, 2003, young Bethany Hamilton went out into the ocean for a surf session. Within thirty minutes she felt a tug on her board and knew immediately what was happening. A shark attacked her, taking her left arm. She had widely been regarded as a rising surf star. Everyone but Bethany thought her surfing days were behind her.

Three weeks later, sitting on the beach while her friends surfed in the ocean, she decided she wasn’t ready to end her surfing career. She ran out into the water with a bandage still on, and after three tries, caught a wave. A little over a year later, she won her first national title and by 2007 had realized her dream of becoming a professional surfer.

It would have been easy for Bethany to leave surfing behind. In fact, her friends and family would have understood and supported her decision to find another path. But Bethany didn’t make excuses. The accident was an obstacle she would simply overcome.

All too often we encounter obstacles on our path (major and minor), which we allow to set us off course. When this happens we use excuses to free us of the responsibility of working harder, stepping outside of our comfort zones, and doing difficult things.

Following our dreams is not a luxury for anyone, it is always our choice. Pursuing our deepest desire is our responsibility to the Creator. We are each here for a very special reason, a purpose that is unique to each of us. We are given gifts that we are meant to share with the world. Refusal to follow a dream is a choice; it is abandoning an opportunity to create change in the world.

There is a saying, “Dreams don’t work unless you do.” The Kabbalah Centre teaches that it is our job to overcome obstacles as we encounter them. It is our responsibility to persevere and find a way to fulfill our desires. In fact, “An essential aspect of true spiritual work is the fact that it is beyond our capabilities,” says Michael Berg, “yet we must never excuse ourselves from doing the impossible.” Obstacles are opportunities for us to follow our spiritual paths.

Imagine a world where some of our greatest leaders, those who helped create the most positive change in the world, made excuses for not achieving greatness. What if Martin Luther King, Jr. or Mahatma Gandhi decided it was too inconvenient to lead movements for peaceful change? Our consciousness depends upon our willingness to meet challenges as they arise, to do the difficult thing, and resist the temptation to make excuses.

The truth is our spiritual paths are not meant to be easy and smooth. It’s how we respond when things get hard that defines our spiritual growth and who we are. “Every single time we have reasons and excuses for ourselves not to become uncomfortable, not to stand up, we need to stop and think,” says Michael Berg. “Literally the last thing in the world that we want to do, the most difficult thing for us to do, is the only thing we are here to do.”

Bethany Hamilton could have made excuses, but instead she overcame a huge obstacle and followed her dream. The way to transform ourselves is by deciding that when we see the door opening to a challenge, we won’t close it, but instead take responsibility and live up to the lesson within.