No Free Lunches (And It's So Good)

No Free Lunches (And It's So Good) 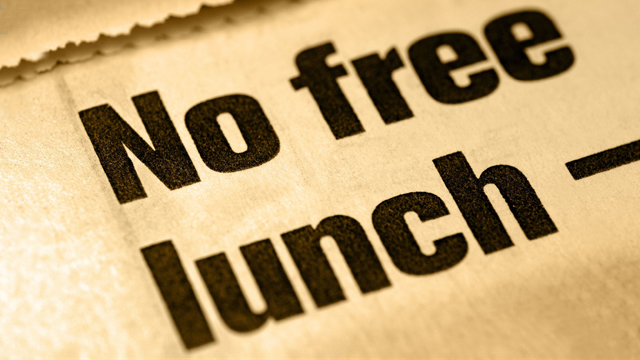 In the Zohar portion of Terumah there is a unique story that seems to be misplaced. Until the time of Jacob the Patriarch, when the time came for an individual to leave this world he would just go to sleep and never wake up. As we know this is not the case in our time, what happened to grant death many ways to strike?

In paragraph 898 of the portion of Terumah, it says:

“… We have learned that in the early days, before Jacob came, a person was peacefully in his home, WITHOUT ANY SICKNESS when his time came TO DIE, he died without any sickness. When Jacob came, he asked of the Holy One, blessed be He, Master of the Universe, if it is favorable before You, let a person fall into illness for two or three days. Then he should be gathered unto his people, SO THAT HE WOULD BE ABLE to arrange for his family and repent his sins. THE HOLY ONE, BLESSED BE HE, told him, 'Fine, you will be an example for the world,' MEANING THAT IT WILL START WITH YOU.”

After Jacob, the world wasn’t the same anymore; he introduced a correction that allows us to change even in the last moment of our life. Yet, this is not the case in our day and age. What happened between Jacob’s days and the present? In the next paragraph of the same Zohar portion we learn that:

“After he (Jacob) died, there was no person IN THE WORLD who became ill and did not die from that illness until Hezekiah came. What is written about him? "In those days Hezekiah fell mortally sick (Isaiah 38:1)… Then Hezekiah… said TO THE HOLY ONE, BLESSED BE HE, Does it please you that people should be healed from their illness, and they should thank Your Name and recognize, and return later on in complete repentance. The inhabitants of the world will be meritorious in Your eyes. The Holy One, blessed be He, said to him, 'It pleases Me, and you will be a sign to the world,' THAT IT WILL START WITH YOU. So it was, what never was before.”

Rav Berg, while giving a Zohar class in 1993, asked: “What does this story have to do with the portion of Terumah? Wouldn’t it fit better in the portion of Vayechi, where we read about Jacob passing? What is the idea behind it – what is the Zohar trying to teach us when it’s saying that it used to be one way, and then changed?”

In the portion of Terumah in the Torah, it says: “Tell the Israelites to TAKE me an offering. You are to receive my offering, from everyone whose heart prompts them to give.” (Exodus 25:2).

In paragraph 34 of Terumah, the Zohar says:

“Rav Shimon opened the discussion saying… “That they bring Me" POINTS OUT that if one wishes to undertake a precept (a good deed) and to aspire towards the Holy One, blessed be He, it is necessary that the person not strive in vain and empty handed, but rather that he makes efforts as befitting, and according to, his strengths.”

Do we really want to put the effort? Wouldn’t it be nice to just get it free? There are so many people in the world that are very successful by all worldly measures and they do not necessarily put any effort towards connecting with the Creator. They are doing it free of any spiritual efforts; maybe they work hard for many hours, but they succeed without any spiritual effort. What is the force that allows them to get to success for free? Are there free lunches?

By default, for any action that we do, we have a partner – our Opponent, or our ego or the part of us that strives to Receive for the Self Alone. If we are not making any spiritual effort to remove him and make the Light Force of the Creator our partner, the Opponent will guide us in every step of the way. However, there are no free lunches! When the Opponent is our partner, he will let us succeed for 5, 10, 25 years but, in the end, he will take it all from us, one way or another.

Now we have the understanding of the purpose for Jacob’s act. Without that correction, we could go through a whole lifetime without achieving any other consciousness than the idea that ‘I came to this world to open a business and die’, or ‘I came into this world to create a family and then die’ – without ever recognizing that it is not a free universe. We would be oblivious to the existence of the Opponent and, therefore, any changes we need to apply to ourselves. The sickness referred to in the Zohar passage is there to give us the impression that maybe, just maybe, we are not in control. Without sickness a person would never come to the realization that there are no free trips in this world. This is what Jacob was pleading: If you want my offering, you want me – the Light – involved in your life, you have to earn it. You need to “buy” it in full price and full heartedly – with huge desire for the Light of the Creator.

This portion is our security shield; the reading of the Torah this week strengthens our ability to separate ourselves from the Opponent.