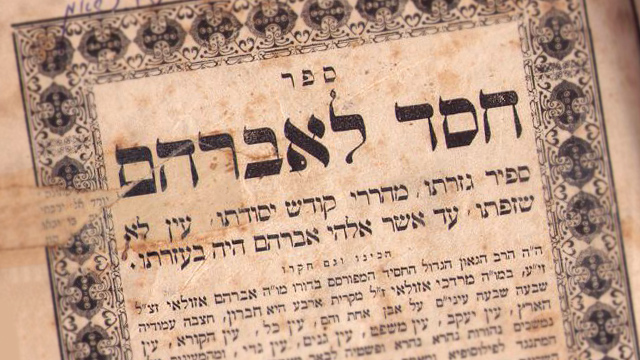 In the first, Rav Azulai wrote that a significant spiritual transformation will begin to take hold beginning with the year 2000. It will be an age where Kabbalah will spread to the four corners of the globe, a period when time and space shrink, a time when the secrets of immortality will begin to unravel before the world's eyes.

From the year 1540 and onward, the basic levels of Kabbalah must be taught publicly to everyone, young and old. Only through Kabbalah will we forever eliminate war, destruction, and man's inhumanity to his fellow man.
-The Mercy of Abraham

And so, it came to pass that from the year 1540 onward, the prohibition against learning Kabbalah was over. But there was a problem...

The world was at a crossroads. The lines between science, philosophy, and religion were blurred. Brilliant minds dabbled freely among these three disciplines. Unlike the view of contemporary scientists, a connection between science and spirituality was not frowned upon, but understood for what it truly was: two halves of one whole!

Throughout history, there have been men well-versed in the philosophies, sciences and spiritual traditions. Some of these men have mined Kabbalah for their own gain and honor, advancing their egos but delaying the arrival of a world that embodies peace and fulfillment for all mankind.

From this perspective, these were still dangerous times. Prejudice and bias towards spiritual wisdom - as it exists today - was practically non-existent during the Renaissance, even among the most material-minded men. Therefore, it was imperative that the Ari's writings remain encoded and obscured.

Nonetheless, Rav Abraham Azulai's historic action officially planted the seed for disseminating Kabbalah to the people. The seed would just have to wait a little bit longer before being allowed to grow.