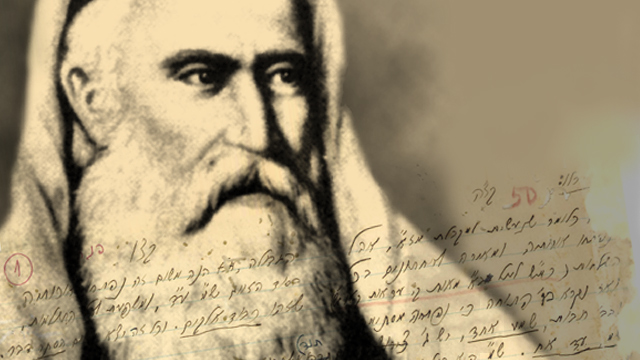 Due to a decree by the Roman Emperor, which forbade the Talmudic studies, Rav Shimon Bar Yochai sought refuge in a cave in Peki'in, Israel for thirteen years. During these long years of painful isolation, he received instruction in Kabbalah. His teachers were Moses and Elijah the prophet, who visited him in visions.

When leadership of the Roman Empire changed hands, Rav Shimon and his son were free to return to Jerusalem.

To protect the secrets of the universe that were revealed to him, Rav Shimon called upon one student - Rav Abba - to commit his teachings to written word. Rav Abba had an extraordinary gift for writing in the abstract language of metaphor and parable. Thus, the secrets would be safe, deftly concealed inside abstruse stories, making it difficult for the unworthy to grasp and misuse this ancient power and the Zohar, the ultimate spiritual work on Kabbalah, was born.

To this day, The Zohar, or Book Of Splendor, is acknowledged as the definitive and authoritative work on kabbalistic wisdom.

The Zohar expounded upon ideas and concepts that were centuries ahead of their time. In an age where science determined the world was flat, the Zohar depicted our planet as spherical, with people experiencing day and night at the same time, in different time zones.

The Zohar describes the moment of creation as a Big Bang-like explosion. It speaks of a universe that exists in ten dimensions. It explores the notion of parallel universes. These speculations were considered heretical and frightening. Yet, they were not the most fantastic to appear in the Zohar. That designation belongs to the next idea...

Rav Shimon said the Zohar is more than a book of secrets and spiritual wisdom.

It is a powerful energy-giving instrument, a life-saving tool imbued with the power to bring genuine peace, protection, healing, and fulfillment to those who possess it.

The Zohar can ignite the soul of a generation, a catalyst for profound change and transformation within the consciousness of man and society.

In other words, just as a light bulb illuminates a darkened room, the spiritual Light of the Zohar can enlighten the minds of humanity to the hidden mysteries of the cosmos. According to the kabbalists, these unseen influences will eventually help shape the destiny of humankind, as the Zohar's presence gradually grows in our world.

Rav Shimon stated that there would come a day when even a six-year-old child will delve into the spiritual wisdom of Kabbalah. But until that time arrives, the original manuscripts of the Zohar must remain concealed. They were then hidden away for centuries.

The dimming of the Zohar's spiritual Light coincided with the Dark Ages, a time where every aspect of civilization - including education, science, and communications - was in severe regression.

In the year 1270 C.E. the Zohar reappeared, discovered by Rav Moses De Leon in Spain. As the Light of the Zohar radiated into the world, it sparked the collective consciousness of a generation, coinciding with the Renaissance.

CLICK HERE to learn more about Rav Shimon on Zohar.com

CLICK HERE to read more about the history of Kabbalah