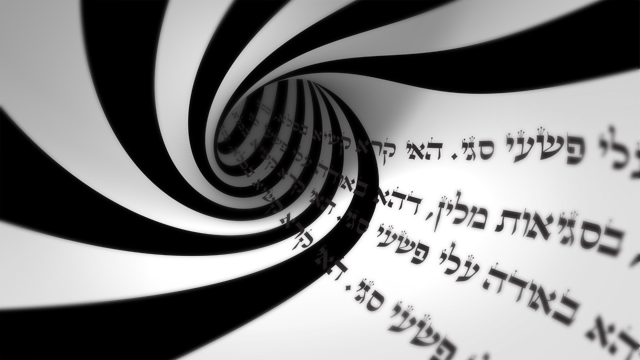 The Zohar teaches that the portions of Behar-Bechukotai are about one idea: Mount Sinai and the land of Israel.

What the Zohar is teaching us is that the idea of Mount Sinai is about reducing everything to Light, which is the purpose of our lives. What is this Light? It is certainly not material. For example, the heat that a light bulb generates is something immaterial. This is also true of the Lightforce of God.

At The Kabbalah Centre we are focused on, and have made every attempt to reduce the vast array of processes that can lead us to whatever cures we may need. But how do we accomplish this? By the removal of three limitations: time, space and motion.

The Zohar teaches that Mount Sinai does not mean the Ten Commandments. The Ten Commandments may not even apply in our lives. We have come to understand they are not “commandments” at all, but rather “utterances;” words and letters, nothing more. Today, the world understands the Bible because it has been translated. But the Zohar, 2000 years ago, said that we are, in actuality, illiterate because the letters and words in the Bible are merely instruments by which we can tap into energy to help us control this physical universe.

Having control of the physical universe means mastering time, space, and motion; this can only be achieved with knowledge of the Hebrew alphabet. Even in nanotechnology, scientists refer to robots, which are material. Although these robots are the size of a billionth of a meter, less than a hair, they still have an aspect of physicality. Science has the objective to find a technology to remove time, space and motion, and there is a belief among some scientists that in about 50 years this technology will exist. But as long as we operate on a physical level, we will never achieve immortality. People may live longer, but entirely eliminating time, space, and motion on a physical level can only be accomplished with the nano-robots known as the letters of the Hebrew alphabet.

We have learned that immortality was achieved by the Israelites on Mount Sinai, but what does that mean? Does immortality mean that we live forever? The Zohar says, no; we are not talking about living forever. With the removal of time, space and motion, there is no impediment; nothing can stand in our way. That is what the portions of Behar-Bechukotai are teaching us. Mortality is an illusion; it is centered on the three aspects of time, space and motion. Eliminate that and the word “mortality” has no bearing, influence, or meaning.

Read the full Zohar portions of Behar and Bechukotai and connect to the energy of the week on Zohar.com