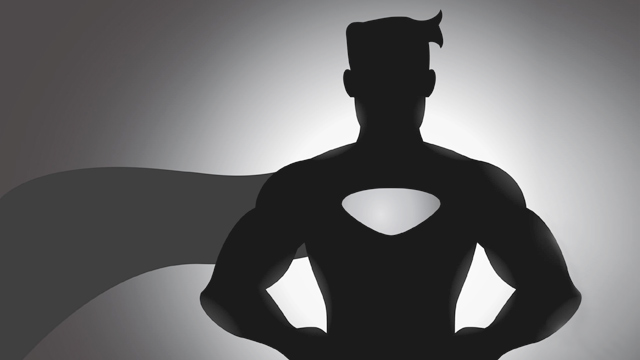 War, captives, rebellious children, the death penalty, poverty, divorce, usury and corrupt judges - sounds like news headlines. But this is the Bible.

The portion of Ki Tetze seems to be a conglomeration of many rules covering dozens of divergent subjects. Much of these appear to have no connection to each other, and not much that is directly relatable to the world of 2015.

We in The Kabbalah Centre know that the Bible is not to be accepted only on its literal level; there is also a deeper spiritual significance that can help us improve our lives today.

So, in order for us to derive the greatest Light and benefit from this portion, let’s start with a little background.

What a paradox. We don’t usually think of righteous people going to war. Usually the righteous are the ones studying the laws of the universe, teaching these laws to others, and doing lots of praying and meditating. Yet here in the Bible, we are being told that the righteous Israelites were the only ones that went to war to fight the enemy.

Let’s understand what righteousness is.

The righteous person is not giving in to the voice of the Opponent; not giving in to desire for instant pleasure; not giving in to the illusion of selfishness. The righteous person is the one that listens to the voice of the Light constantly and acts in a sharing manner, sharing and channeling the Light with everyone around them. Therefore, these actions are consistently removing the darkness of negativity around themselves and others, taking the essence of darkness out of the spiritual atmosphere that surrounds us all.

According to the Zohar and the kabbalists, we are all righteous at our essence. The Creator created us in “the image and likeness of God”, and therefore we are potentially all righteous people. The Kabbalah Centre teaches how to reveal our righteousness.

Now, we can understand the lesson of this portion of Ki Tetze more clearly.

The only battlefield we have is in our mind, and the only enemy that we have is the Opponent in our head. The only weapon we need to defeat our enemy is the Light of the Creator—and, fortunately, we have a soul filled with Light ready for us to use.

This is why the ‘War of Armageddon’, Milchemet Gog U’Magog, means ‘the war of consciousness’. When we defeat the Opponent in our heads by listening to the voice of the Light, then, naturally, our behaviors will be actions of sharing the Light.

Through the Zohar’s teachings, this portion gives us the understanding that our spiritual work is to be ‘righteous warriors’. We are in this world to listen to the voice of the Light constantly and to share our Light, unconditionally, through action. This portion gives us the strength to defeat the voice of the Opponent in our heads by knowing that “when you go out to battle against your enemies [Satan], [it is] the Lord, your God [that] delivers them into your hands…” (Deuteronomy 21:10). It is the Light that defeats the darkness, not us. We are the emanators of the Light.

The seemingly random gathering of various ‘rules’ that follow are codes for the many ways that our Opponent challenges us to be selfish – in relationships, at work, in business, with family, with our neighbors, etc.

The Opponent can appear in many different ways; meaning that it can take on the disguise of your boss, sibling, spouse, friend, coworker, politician, or stranger, attempting to trick you into battling those people and not your actual Opponent.

In spirituality, like with sports, you have to battle your Opponent in the ways that he attacks. In football, for example, if the opponent is running the football, you wouldn’t defend against a pass; that would be foolish and useless. So, too, in spirituality: When the Opponent is attacking with resentment towards a person, you defeat the resentment, not the person, with forgiveness towards the person. When the Opponent attacks with ego, use humility; when attacked with greed, use generosity – and so on.

Therefore, it is always ‘me versus my Opponent with the help of the Light’; it is not ‘you versus me’, nor us versus any other person or group of people.

Humanity’s common enemy is the Opponent.

The Zohar and its kabbalistic tools are the means through which one can become a ‘righteous warrior’. The teachings and technology are universal; they are being applied today by people all around the world – Christians, Jews, Muslims, Buddhists, and Hindus.

This has been the message of The Kabbalah Centre since its inception in 1922 by Rav Ashlag. This is the reason that the Centre tirelessly disseminates the technology and tools of the Zohar and Kabbalah to all human beings worldwide – so that we can all work in harmony and unity against our one common enemy. Because where there is unity of people, harmonized by the Light of the Creator, the Light of the Zohar, the Opponent has no choice but to surrender. When the Opponent is defeated, individually and collectively, the Light of the Creator will reign supreme in the world, and we will all live in endless bliss on earth, in peaceful unity and love.

Ki Tetze is the power to stay focused on defeating our true enemy by sharing the Light within us, as well as to dissolve our fears, doubts, insecurities, and any lack we may have had. Today is your day to become the ‘righteous warriors’ that the Creator created you to be.