Rising Up to See the Good

Rising Up to See the Good 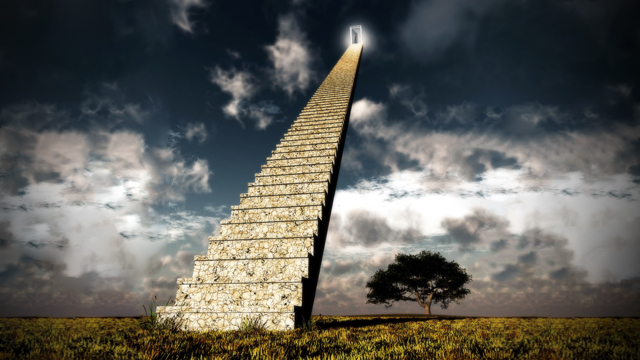 The Torah portion of Beha’alotcha means ‘to elevate’. In this portion, there are two inverted Aramaic letters – nun – written on the parchment. Nun stands for nefila, or ‘spiritual falling’; therefore, the letter nun represents the entire power of the Adversary. The nuns in Beha’alotcha face away to represent the opposite of falling, and thereby offer us the ability to tap into a constant state of certainty and elevation instead. The letter nun has a purpose in our lives because it provides us with the test of falling, so that we can overcome. The falling and suffering we experience this week gives us the opportunity to transform that negativity into elevation.

One of the indicators that we are falling is when we start to focus on what’s wrong. My teacher, Rav Berg, once asked the question, “Why is it so easy to see what’s wrong?” After a long pause, he continued, “The answer lies within the teachings of The Kabbalah Centre.”

We learn in The Kabbalah Centre that our soul came to this world to become the cause of its own fulfillment by earning the Light. So, if seeing the good and focusing on what’s right represents an elevated level, then we certainly need to earn it.

I later realized that even the answer Rav Berg gave, which was pretty general, allowed me to make that effort and earn the specific answer on my own!

Not being handed the answer was the answer! The reason it’s so easy to see what’s wrong is because we need to earn seeing what’s right.

"The spirit of impurity is always ready freely and for nothing and is saleable without payment, because he compels people upon whom he dwells and entices them to dwell with him. He tempts them to make their habitation with him in many ways. The spirit of holiness is not this way, but only with full payment and great endeavour, and by purifying himself and purifying his habitation with the desire of his heart and soul."

Rav Berg once shared a story which further illustrates the joy of making an effort.

There was a man in the Mafia with a history of murder and robbery – a serious rap sheet. After he dies, he gets to heaven and sees two queues. One of them goes towards paradise, the other to hell. The man decides to join the line for paradise. To his surprise, no one says a word to him and he gets a ticket to paradise. Upon entering, an angel receives him and asks him what he wants. “I liked women in our world,” the man replies. The angel, with a flick of his finger, immediately brings him women. The angel then asks, “What else do you want?” The man replies, “Italian food.” With another flick of his finger the angel brings him pizza. Anything the man wants, he gets immediately. After a little while, the Mafioso says to the angel, “You know, I was once a bank robber. Do you think you can arrange something like that for me?” The angel says, “Yes, of course!” and arranges a bank scenario for him. The man goes to the bank, takes the money and leaves. No one puts up any resistance. He asks the angel, “Isn’t there any action? Isn’t there anyone I can shoot?” Then, the Mafioso says, “You know what? I would prefer being in Hell.” At that point a divine voice calls out, “Where do you think you are?”

Why do we still prefer to take the easy way? Because of the Opponent, the Adversary; because that’s his job! At the seed level it is the Opponent that entices us to fall. For example, getting us to focus on what’s wrong by making it feel rewarding. So is the Opponent good or bad? Neither; he is just doing his job of helping us earn our next level of Light and fulfillment.

This week is about overcoming the Opponent and his chief weapon: doubt. The Rav taught that “one does not have to destroy doubt, one only has to recognize it as coming from the Opponent.” We doubt that the effort we make now will bring us lasting fulfillment later. But for any game to be fulfilling, we need an opponent, hence the Adversary makes taking the easy way feel so rewarding, even though it isn’t. This week, we receive the strength to recognize our doubts, stop falling and elevate to the level of seeing only what’s right.

Not an easy task, but that’s the game of life!