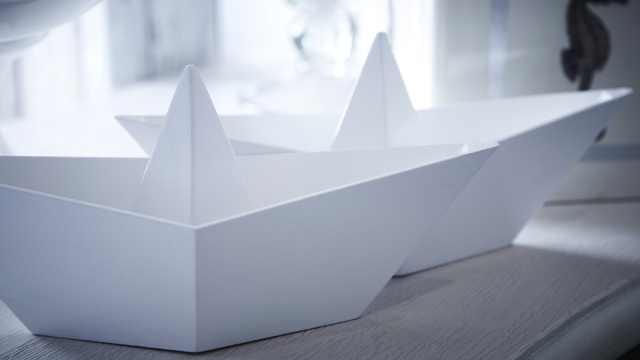 When we are young, we take great pride in doing things all by ourselves—tying our shoes, riding a bike, flying a kite. Grown-ups applaud us for being so independent. We get the impression that life accomplishments are only worth recognition if achieved solo. This couldn’t be further from the truth.

Just what would Wilbur Wright have invented without the help of his brother, Orville? Together the Wright brothers created the first airplane that could fly longer than 30 minutes and changed transportation forever. And who could imagine Ben Cohen without Jerry Greenfield? These successful business partners merged social responsibility with the dairy industry when they created Ben and Jerry’s Ice Cream, now an America staple for late-night snacking. Rav and Karen Berg, made the wisdom of Kabbalah widely accessible. Without their life’s work, Kabbalah would still remain concealed. Real life dynamic duos aside, what makes partnership worthwhile?

Not only do we need companionship to thrive emotionally, our souls prefer the buddy system when it comes to spiritual growth. Everyone needs friends, but a spiritual companion is more than someone you enjoy happy hour with. It is a person who can call your bluff, who challenges you to grow, and someone you feel safe confiding in. Life and wellness coach, Gabrielle Bernstein, calls such a person a "spiritual running buddy." They are "the people you can check in with when you're having an ego melt-down, someone you can call and out your ego to, someone you can call and pray with… people who will help grow your spiritual connection.” Your spiritual partners make up a support network to help you get through life transitions, make changes, and grow.

The Creator sends us potential spiritual partners that come in all forms—for example, friends, siblings, teachers, or mentors. But sometimes we don’t recognize the valuable place these people have in our lives or we lack gratitude for them. Michael Berg explains this in Secrets of the Bible, “When we are not aware of those people in our life who sustain us both physically and spiritually, we do not appreciate their assistance. It is only when those people are either taken away or step out of our life that we begin to realize how much we need them.”

In the biblical chapter, Miketz, Joseph continues his journey in Egypt after being sold into slavery at the hand of his brothers. The story illustrates how important spiritual connections are to our growth, success, and wellbeing. The kabbalists teach that the twelve sons of Jacob were channels of Light of the Creator meant to unite scattered Light in the world. When Joseph becomes separated from his brothers, there is a shift in energy. “When Joseph was first sold into slavery, all his brothers began to falter spiritually,” says Michael Berg. “They did not know why, thinking that the timing was just a coincidence. The reason was that Joseph was the force that held them all together and elevated them." Together they could grow, but apart they struggled.

Eventually, Joseph earns a position as the Pharaoh’s second in command, helping him rule over all of Egypt. It comes to pass that a famine Joseph had predicted sweeps across the land. His brothers suffer and come (all except one) to Egypt to receive food rations. Joseph’s outward appearance has changed so drastically, that they do not recognize him. However, he recognizes them immediately.

When Joseph was separated from his brothers, Benjamin took his place spiritually. It wasn’t a perfect fit, but he eased the struggles of the family and helped unite them. Joseph is aware of this. When he sees his brothers, he devises a plan to help them realize how vital all of them are to each other. He tells them that he will only supply them with rations if they bring the missing brother before him.

They return with Benjamin and Joseph has him arrested for stealing a silver goblet he has arranged to be secretly placed in Benjamin’s bag. As punishment, Joseph tells Benjamin and his brothers that the “thief” will have to remain in Egypt as a slave. The brothers are distraught over the thought of losing another brother and declare that they shall go into servitude with Benjamin. Taken by their display of loyalty to Benjamin, Joseph eventually reveals his true identity to his brothers and they weep over each other, joyful to be reunited.

Our spiritual support network is a vital source of Light in each of our lives. The truth is, we are stronger together than we are apart. “Each one of us has people we appreciate in life,” says Michael Berg, “but there are others who assist us in physical and spiritual ways for whom we do not have enough appreciation—or perhaps no appreciation at all. If we do not awaken gratitude for them, our relationships with them will falter and break down.” Spiritual relationships take work. We nurture them and keep them alive and strong through gratitude.

Take time to consider the people in your life that make up your spiritual support network. Who are your “spiritual running buddies?” Pick up the phone or send an email to let them know how grateful you are that they are in your life. Chances are, they are grateful for you as well.