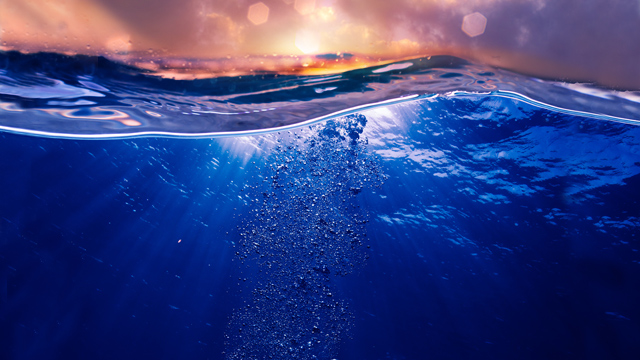 Perhaps the most remarkable aspect of the Zohar is its long-hidden connection to the Bible.

Kabbalists teach that the Bible is a complete code. That’s right. It’s a cryptogram. When this biblical code is cracked, something miraculous happens: powerful spiritual forces are released into our souls and discharged into the world at large. It’s like turning on the light in a dark room. These forces empower us to completely change our lives and transform our world.

A prime example of a highly charged, encoded story in the Bible is the account of Moses and the Israelites parting the Red Sea, which is revealed in Beshalach, this week’s Zohar portion.

Let’s go back in time, some 3,400 years ago. Here’s the situation: Six hundred thousand Israelites are stranded on the banks of the Red Sea. Pharaoh and his ferocious Egyptian army are in hot pursuit of the Israelites, hell-bent on killing those who resist and returning the rest to slavery. The Israelites are cornered. There’s nowhere to go. They either drown in the sea or face Pharaoh’s chariots. It’s not much in the way of options.

They need a miracle. Fast. So they cry out to God the Almighty, the all-merciful Master of the Universe, the Creator of the cosmos. They beg for help. And what does the Creator say in response to their cries?

“Why are you calling out to me?”

Not exactly the kind of response one might expect from an infinitely compassionate Creator. But this is, in effect, what the Bible, the Torah, the Old Testament says was God’s response. And if that’s not enough, the next response from God is even more baffling.

“Go jump in the water!” the Creator tells these poor suffering souls.

How does a rational person make any sense of this? Enter this week’s Zohar portion. According to Beshalach, a tremendously powerful technology is encoded and concealed inside the biblical story of the Red Sea. (You’ll find it in Exodus, Chapter 14.) Three verses tell this story—19, 20 and 21—and each verse contains 72 letters. When put together, they create the 72 Names of God.

The 72 Names of God are not “names” in any ordinary sense. They are a metaphysical formula for connecting to the infinite spiritual current that flows throughout reality. God gave this cutting-edge technology to Moses to be shared with all people, so that humans could unleash their own God-like powers and attain control over the physical world. And the power that drives these letters is revealed again in the energy of this week.

When God asked the desperate Israelites, “Why are you calling out to me?” it was merely code. God was actually telling the people that they themselves had the power to escape from their perilous predicament on their own. They did not need God’s assistance. In fact, the Zohar teaches that God never answers prayers. It is people who answer their own prayers by knowing how to connect to and utilize the divine energy of the Creator and the God-like force in their own souls.

The miraculous power to get out of any life-or-death situation—then or now—can be found by reading Beshalach, just passing your eyes over its Aramaic letters, you can connect to a higher power that will help you split any “red sea” you may be facing in your life.

Remember God told the Israelites to jump into the sea? It was also a code revealing the actual technique for activating the power of the 72 Names and the Zohar. It works like this; if you are somewhat familiar with the Red Sea story (or even the Hollywood version) you are aware of the outcome: just before the Egyptian army reached the Israelites, the Red Sea parted and the Israelites raced off to freedom. What a miracle! But Kabbalah reveals that it wasn’t God who parted the sea. It was Moses. And he used the power of the 72 Names of God to engineer this amazing feat.

What’s more, before the waters rose to the sky, a physical action was required to activate the power of the 72 Names. This is the secret meaning behind God’s response of, “Go jump in the water.” The Israelites were required to demonstrate total certainty in their God-like powers, and in the 72 Names, by physically walking into the sea with complete conviction in a positive outcome.

Naturally, when they first stood by the banks of the sea, watching Pharaoh fast approaching, they were gripped by fear and doubt. But then Moses reminded them of the 72 Names. They began meditating upon them, employing all their mental powers to arouse breathtaking spiritual forces.

But you know what? Not a single water molecule moved until the Israelites conquered their doubts and waded into the sea with total certainty. Not one drop shifted until they were neck-deep in the sea. Then, when the waters reached their nostrils, and they still maintained complete certainty—swoosh—the waters parted, giving them passage to freedom.

To take control of our lives, to engineer miracles where and when we most need them, we have to have certainty in our own God-like power. We have to know deep down that we can make anything happen. And we have to act with that knowing. When we combine this consciousness with the divine tools of this week’s Zohar portion and the powerful formula it contains, nothing can get in our way this week.