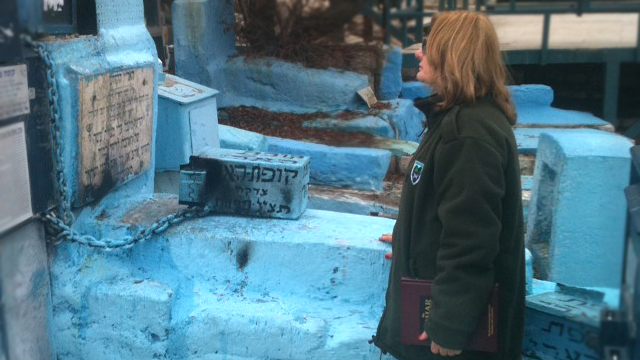 On a day that a person leaves this physical world, all of the spiritual Light that his or her soul revealed here is available for the rest of humanity to tap into and be nurtured from. In this way, the death anniversary becomes a celebration of life, a cosmic opening through which the individual’s specific spiritual energy flows freely into our physical world.

Tonight, marks 443 years since the passing of the soul of the great Kabbalist, Rav Isaac Luria (the Ari). In his short life, (he was 38 when he passed on), the Ari revealed some of the deepest secrets of the universe. Though he lived the life of a simple man, he was never bound by the limitations of physicality. Instead, he lived with a constant connection to spirituality. Beyond the confines of time, space and motion, the Ari planted spiritual seeds that would blossom in our current generation, the generation of the great polarity of positivity and negativity, the generation of the Final Redemption.

There are three great souls who forged the path of Kabbalah for the world as we know it today. The first pivotal figure is Rav Shimon Bar Yochai, who revealed the wisdom of the Zohar. The second is Rav Isaac Luria, whom we connect to tonight. The third great soul is Rav Ashlag, the founder of The Kabbalah Centre. Rav Isaac Luria took what Rav Shimon revealed in the Zohar and gifted us with a form and system to study its profound depths in what is known as the Writings of the Ari or Kitvei haAri. Rav Ashlag brought both the Zohar and the Writings of the Ari into yet additional formats, known as the Sulam haZohar or Ladder of the Zohar and the Study of the Ten Luminous Emanations pertaining to the Writings of the Ari. Spiritually, these souls were all a part of each other. Rav Shimon was part of Moses. The Ari was part of Rav Shimon, and Rav Ashlag was part of all of them. Although they existed across many time periods, they worked and wrote in conglomeration; they revealed the same essence in different dilutions for different generations. Their job was to give us the knowledge; to present us the keys to enter the arena of the wisdom of Kabbalah. Our job is to use this knowledge to elevate the consciousness of the world.

We may say to ourselves, "Me? Elevate the consciousness of the world?” I am a single human being. How can I change the world?" And the answer is, you are right. You cannot change the world. But what you can do is change yourself, and within you is a world. How is it a world? It is your family. It is your friends. It is your friends’ friends. Everyone that is part of your world is engulfed in your consciousness. Our consciousness is not only for us. We can germinate that energy to others, and if we have thousands of people to do that, then hopefully we can grow into a Global Spirituality that can assist the world in transforming out of the chaotic state it is now in.