The Consciousness of the Ari

The Consciousness of the Ari 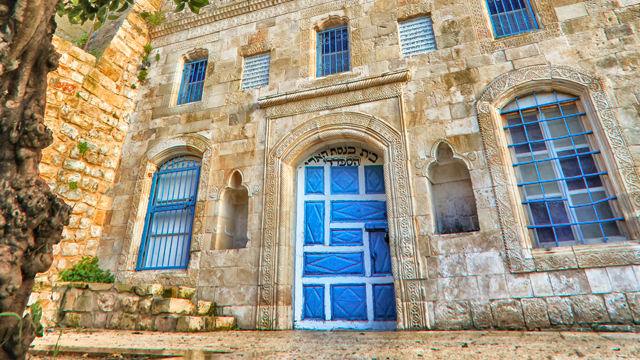 From sundown tonight to sundown tomorrow, it is the anniversary of the passing of Rav Isaac Luria, also known as the Ari. As students of kabbalah, we learn that a death anniversary of a righteous soul is a moment for celebration and study. For there is a great gift available to all people on this day. By learning about his life and studying from his writings, we can connect with the abundance of Light that the Ari revealed during his time here on Earth. To assist us with this connection, I would like to share with you one of my favorite stories about this radiant soul.

It is said that the Ari was a boy prodigy. From a very young age, he comprehended the depth of spiritual knowledge that it took others many years to begin to grasp. By the time he reached his 30’s, he had acquired enough knowledge of kabbalah to be considered a master, although he had no students. It is written that he was guided to travel to Safed, and there he would meet his only student, Rav Chaim Vital. Unlike other kabbalistic masters who had many students, the Ari was only meant to teach Chaim Vital, and it would be Chaim Vital’s job to commit those teachings to page, in what has become the 18 volumes known as the Writings of the Ari, a white set of books you see around the Kabbalah Centres today.

Chaim Vital was already a learned scholar and teacher with a great following. However, he was pursued by a dream in which he was told that he was to go to Safed where he would meet his teacher, the Ari. “There are plenty of masters here,” he thought. “Plenty of teachers, and I have plenty of students. Why would I want to uproot my life and go to Safed for?” Still, the dream persisted. One day while studying The Zohar, he came upon a verse that he did not understand, and no one around him could give him an answer. It was then that he decided perhaps it was time to travel to Safed after all, and find the kabbalist.

Upon arriving in Safed, Chaim Vital walks into a grocery store where, lo and behold, he finds the Ari helping to serve people apples, pears and such. Chaim Vital is shocked, and frankly disappointed. He traveled far and long to find a kabbalistic master, not a supermarket assistant. Just as he decides to leave, the Ari asks him, “Can I help you?” Chaim Vital insists no, thinking he has clearly made a mistake, and is going home. When he turns to leave the Ari says, “Don’t you want to ask me question regarding a passage from the Zohar?” From that moment forward, they were inseparable for three years until the day the Ari left this world.

The lesson for me from this story: Appearances can be deceiving in this physical world. Too often we judge a book by its cover. We are so quick to decide who a person is or judge a situation based on a first impression. This awareness is something the Ari not only knew, but lived by. The sacrifices that the Ari made in his life to reveal the wisdom that he would not ever see manifested in his lifetime are too many to name. And yet, never once did he feel that the pains he endured were a burden. He was only concerned with revealing Light. His focus was not on the physical world, but the spiritual. The Ari didn’t just teach mind over matter, he lived it.

I invite everyone tonight to light a candle and meditate to connect with the Ari. By doing so, this connection can assist us in passionately seeking those things that matter spiritually and stop being in judgment of what we see physically, so that we can experience an elevated level of our own consciousness and reveal the Light that we were meant to uniquely bring to the world.