The Damage of Dishing the Dirt

The Damage of Dishing the Dirt 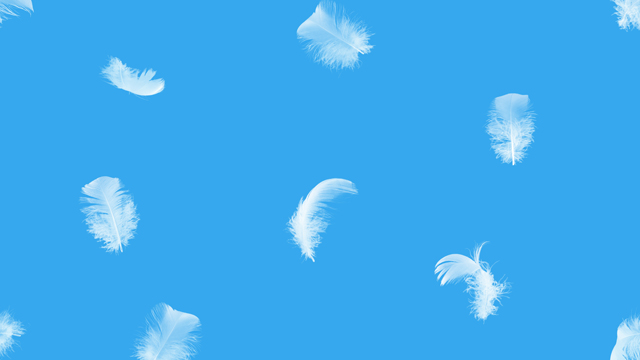 There once was a man who loved to tell stories. He shared stories with all of this customers and friends in the village where they lived. When he heard about a secret, rumor, or incident involving another person, he did not hesitate to share the details, and sometimes added a few details of his own to spice it up a bit.

One day he learned some strange news about a woman in the village who sold produce at a fruit stand. He could not wait to share it with everyone he met that day. The news was simply too juicy to keep to himself. Soon everyone in the village knew and avoided the woman and her stand. After weeks of declining sales, she went to the rabbi of the village for advice, who promptly called the village "story-teller" to his office.

When the man heard about how the story had harmed the woman and her business, he felt truly sorry. "How can I make amends?" he asked the rabbi.

"Bring me a feather pillow," replied the rabbi. The man thought it was an odd request, but he did it anyway. When he returned with the pillow, the rabbi opened the window and instructed him to slice open the pillow.

"But it will make a huge mess," the man protested.

"Do it anyway," replied the rabbi. So he did. The rabbi watched as feathers went everywhere—covering the shelves, sticking to the furniture, floating out the window. When the man had unleashed every feather from the pillow he looked to the rabbi for explanation.

"Now collect every single feather and place it back in the pillow case," said the rabbi.

The man laughed in disbelief, "Rabbi, that's impossible! There are too many and some have even gone out the window. They are gone forever!"

"Yes," said the rabbi, "It is the same with gossip. Once a story leaves your mouth, you cannot control where it goes."

It’s the quickest mistake to make and the hardest to correct—gossip. It slips out, sometimes without even realizing it. Whether we know it or not, it has the power to rapidly alter the lives of those around us, often for the worse. Kabbalists call it lashon hara, or negative speech and it can be very damaging. Once we share information, regardless of whether it’s true or false, it takes on a life of its own.

Like the man in the story, we may think gossip is no big deal—everyone loves a good story, we can always apologize, there’s no physical harm done, and in the end we haven’t stolen, cheated, or hurt anyone. Right?

Wrong. The old adage about sticks and stones is not true. In fact, the effects are far greater and much more difficult to correct. “One of the things that makes choosing not to help and lashon hara, negative or evil speech, so insidious is that words themselves seem like such small, unimportant things,” says Michael Berg. “While we do our best to avoid big negative actions, sometimes we permit ourselves small negative deeds.” Some seem so small we hardly realize we are committing them. Consider a raised eyebrow, an exasperated sigh, or the cluck of a tongue in response to someone’s name brought up in conversation. A gesture can be equal to a thousand words. Yet, we may walk away feeling that we haven’t done anything wrong. After all, we’ve said nothing.

According to the Zohar, lashon hara is the worst form of darkness. Why? Michael Berg explains, “When we use lashon hara, or negative speech, we reconnect to the power of the serpent and create a shell of negativity around our soul, which prevents any Light we draw through our spiritual work from entering. This is why the damage done by lashon hara cannot be healed by the process of teshuvah [repentance].” In essence, negative speech prevents us from sharing or receiving Light. This teaching is disturbing, considering how easily and thoughtlessly we share information about others.

Kabbalah teaches us that consciousness is everything. Not only are we responsible for what we say, but also for what we do and what we allow to unfold around us. Consciousness means recognizing negative situations and taking action when necessary to stay connected to the Light. When we hear others gossiping, then stand by, listen, and say nothing, we are still engaging in lashon hara. Taking responsibility for the gossip around us means using restriction—that is, stopping others in the midst of dishing a good story that we know is not appropriate or physically removing ourselves from the situation. By doing so, we preserve our connection to the Light.