The Key to Certainty

The Key to Certainty 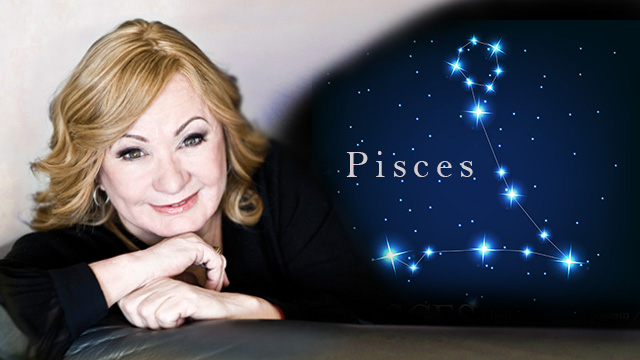 The month of Pisces affords us unique opportunities to transform our sorrows into joy, doubt into certainty, and darkness into Light.

Every month a New Moon is born. Like a newborn baby who comes into this world with its own individual characteristics, each New Moon is birthed with unique cosmic influences that will guide and shape the month to come – for all of creation. Though those energetic forces will impel our lives for 30 days, they do not compel us. We were created to be masters, not slaves, of the universe. When we know what to expect from the month to come, we can make it a harmonious experience rather than a chaotic one. While we cannot control the rain, we can control our experience of it by preparing ourselves with umbrella and galoshes.

Note the water reference. The spiritual element of water surrounds us from every direction in the month of Pisces. It is represented by the Zodiac of two fish, each swimming in the opposite direction. Fish were the first animal created. They are believed to be an omen for blessing as they are surrounded by water. We learn in Kabbalah that water is the physical manifestation of the essence of mercy. As they are protected by water, no evil eye can affect them. Fish did not perish during the flood. The main aspect of the fish skeleton is the vertebrae. Which is light and flexible and allows speed of movement, yet it is also strong. These qualities when put through a kabblistic lens will provide a blueprint from which we can better grow from the month of Pisces.

The Hebrew name of this month is Adar, which comes from the Hebrew word Idra, meaning spinal column. One of the important energetic qualities that we receive in this time (as well as the lesson for people born under the sign of Pisces) is the ability to develop and strengthen the backbone. Pisceans have tremendous imaginations which leads them to be very inventive and creative. Yet, so vivid is their imaginary world that it is difficult for them to discern what is real versus what is make-believe. They are naturally sympathetic and empathetic, but at the same time they can seem cold, vague, and distant. Their tremendous sensitivity, intellect, and creativity make them great in business as they can pick up on what other people miss. Personally, however, they have difficulty with money, responsibility and commitment. When moved in the opposite direction, a Pisces, can experience life as a victim of a movie written, produced, and acted by them. That is why the fish in the sign of Pisces go in the opposite directions.

Those born under the sign of Pisces are often great leaders because of their care and empathy. Moses, considered one of the greatest leaders, was indeed a Pisces. His life was protected by the water which concealed him from the eyes of Pharaoh. He came into this world and left it on the 7th of Adar. Moses was chosen by God to lead the people because of his capacity to care for his flock. Yet when asked to take responsibility and commit to the role he was destined to take Moses claimed “I am of uncircumcised lips.” It took a spiritual process for him to evolve into the man that led more than 3 million people out of Egypt and away from the consciousness of slavery.

In the month of Adar we have several important spiritual connections, we read from the portion of Zachor, and we have the holiday of Purim. These powerful connections happen in the last month before we begin the new cycle. What they offer us is the last opportunity to finish the work and restore the world back to a time when we received the blessings of the Light of the Creator without the interference of darkness. The portion of Zachor which directly precedes Purim, is meant to be the tool to help us obliterate any aspect of doubt from our lives. This is done with the letter Kuf, the only Hebrew letter that falls below the line. This letter, shaped like a sword, delves into the world of darkness destroying all aspects of doubt and retrieving the Light that has fallen into the impure system. The word doubt, in Hebrew safek, is the same numerical value as the word Amalek. Amalek was the grandson of Esav, and ancestor of Haman, the catalyst for the decree that almost destroyed the nation in Persia. The Bible tells us: Remember what Amalek did to you as you departed from Egypt. It tells us to be kind to all people, while at the same time telling us to hate the nation of Amalek, and wage a war of annihilation with them. We are prescribed to drive Amalek from our hearts, and from the hearts of humanity. How is this possible?

We learn from the Zohar that Amalek is not a nation, but that the story is a code. As we learn, Amalek attacked the nation of Israel when they rested after they emerged from the sea and entered the wilderness just before they received the Ten Utterances. Just before the conclusion of the process, when complete redemption was to take place. They were moments away from becoming a vessel for immortality. How did Amelek attack them? Through the lack. Suddenly they were faced with a lack of water, a lack of food, and then the complaining started. What will we drink? What will we eat? This after they saw the miracle of the Red Sea, their consciousness rested – went to sleep and in that they created the opening for the attack. Amalek was described like a fly that seeks an open wound.

With the portion of Zachor we seal the wound with certainty and receive the antidote against Amalek, a means to completely obliterate doubt. Every year we have the opportunity to remove chaos from the world by waging this spiritual war against doubt during the month of Pisces, a time when we are surrounded by the water, by the mercy of the Creator. We charge into battle by refusing to fall into victim consciousness, and by fortifying our spirit with the acknowledgment of all that the Light has done and is doing for us. With the energy that we receive from Zachor, we can move forward to receive the endless joy that is Purim. The holiday of Purim and Yom Kippur are connected. Yom Kippur, we have access to infinite spiritual pleasure but we refrain from physicality. On Purim, we have the ability to manifest total and complete joy into the world of the physical, with no side effects.

Wishing you a joyous and blessed month,