The Magic of Kabbalah

The Magic of Kabbalah 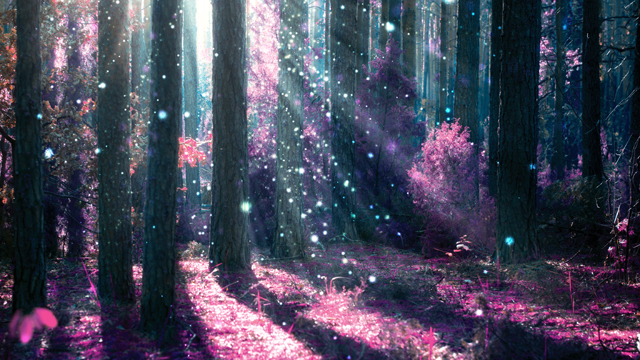 Have you ever been to a magic show and seen the magician make a large animal either appear or disappear into thin air? Rav Berg said many years ago that people are willing to pay good money to have their five senses fooled by a good magician/illusionist; and that they would be disappointed if the magician DIDN’T fool them with their illusions.

But, how many of you have ever been “tricked” in business? In a relationship? It doesn’t feel very good, and it certainly doesn’t make you happy, does it?

Both of these situations are based on the same thing – the fallibility of our five senses.

With our five senses, we can only perceive the physical, material world. Fortunately, we also have a sixth, or intuitive, sense that gives us the ability to perceive the reality BEYOND the physical, material world of the five senses. Here we see the realm that kabbalists call the ‘Tree of Life reality’, the 99% realm, the world of solutions, answers, harmony, order, clarity, truth – the realm of endless Light and fulfillment.

The power of this week’s energy supports us in seeing beyond our five senses and perceiving and connecting with the 99% realm. It reminds us that everything is Light; that everyone is a being of the Light; that everything we have – and all that we are – comes from the Endless Light of the Creator. We are already perfect beings and the world is already in perfect order, harmony, love and unity.

What? You don’t see that perfection? That just proves that you, like most people, are caught up in the lies and illusion of the ego – the inner Opponent, the Adversary.

Let me share with you a favorite exercise of mine from our Power of Kabbalah One/Foundations course. Read the following sentence ONCE and count the number of letter ‘F’s:

Finished files are the result of years of scientific study combined with the experience of many years.

This shows you the power of the illusion, and the truth about the Light. In the first exercise, the sentence was written in proper English, yet most people don’t see the 6 ‘F’s. In the second exercise, obviously not written in proper English, you pause, readjust your vision, let go of the five senses, and then READ the sentence. So, being caught up in the illusion – or rising into reality – is a matter of consciousness, not physicality. In The Kabbalah Centre, we teach people how to adjust their consciousness, not manipulate physicality.

One other point I believe is invaluable about these exercises: If you didn’t know the English language, then you would NOT have been able to read the second sentence!

Meaning that there is an original perfection, and since you know that perfection, you are able to change the chaos to order. Kabbalistically, we teach that within each of us exists the Perfect Light of the Creator, that we are created as Perfect Light beings. This is why we CAN make this physical world a “Heaven on Earth” where everyone loves their neighbor as themselves. Because it already exists – we just need to make it manifest by removing the ‘curtains’ of illusion that influence us to see only chaos.

The Zohar Beha’alotcha verses 58 -60 explain that if a person thinks that the 5 books of Moses are just stories and historical chronicles, he or she is creating tremendous chaos in their life. We must look past the literal to the spiritual and kabbalistic understanding in order to gain the greatest benefits of the spiritual technology of the universe.

This also is important for us in daily life. We learn in the classes that challenges are our opportunities to repair our past mistakes (through feeling and wanting to act reactively, but instead acting like the Light and revealing a new aspect of our soul’s Light). To undergo that transformation, we must be able to see past our five senses to the Light available in the difficult situation.

How much do you: Criticize yourself? Criticize others? See the bad that you or others do? That is NOT the real person. It is an illusion. We want to learn to see the pure Light inside ourselves and others, because that is how God created us – then it is easier to act like the Light towards ourselves and others. The negative behavior is a temporary adaptation of the Opponent’s limitations and lies, but it is NOT the real you!

Do you think the talents, abilities and resources that you have are yours? That is also an illusion. Don’t we call them ‘God-given talents and abilities’? Yet we tend to forget that they come from the Creator. Therefore, it is to OUR greatest advantage to live our lives according to the teachings of Kabbalah and the technology of the Zohar, so that we may express all of our Light potential and have the blessings of fulfillment from manifesting that Light.

The main mission and objective of the Kabbalah Centre is to spread the Zohar all around the world until there is so much Light that the Opponent completely disappears from the world, FOREVER.

Check out The Kabbalah Centre’s Zohar Project. Students and teachers have raised funds to purchase Zohars, and have been distributing Zohars all around the world, to protect people and property. Thousands of stories of miraculous events of protection, individually and collectively, have taken place. Florida has had ZERO hurricanes touch down on land in the last 8 years! Completely unnatural. Crime rates have dropped in areas where the Zohar has been distributed. People carrying Zohars with them have been protected from all forms of chaos. The stories go on and on.

But, don’t just believe it – experience it for yourself. Contact the Centre to obtain a Zohar for yourself and to share with others.

This week, commit to not getting caught up in the illusionary physicality of things, but instead see beyond the illusion to the perfection of the Light inside everyone and every situation that comes your way. Be determined to act like the Light towards everyone in every circumstance, because that is who you are in truth.

Let’s work together, in unity, to manifest the underlying perfection that exists on Earth this year.