The Power of Shabbat

The Power of Shabbat 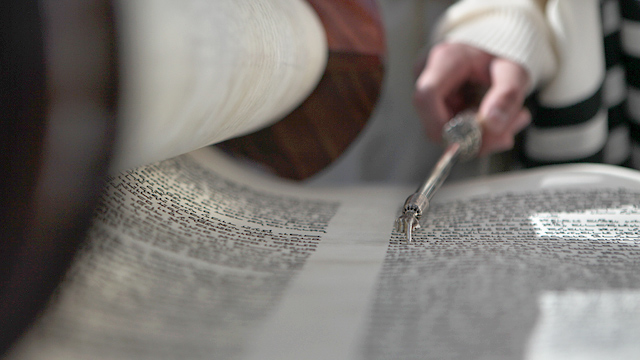 With this week’s reading of Vayakhel, we notice something very strange; the Bible, again, discusses the construction of the Tabernacle, repeating almost exactly what was written in the portion of Terumah two weeks ago. Previously, the question was raised as to why we discuss the Tabernacle when it does not now—nor will it ever again—exist; it was replaced by the Holy Temple in Jerusalem.

The Zohar, gleaning from the words of the Bible, says that there is a major distinction concerning the money that was assembled toward the construction of the Tabernacle in the portion of Terumah, and the new commandment to raise money for the Tabernacle in this portion of Vayakhel. Although when reading this section on a very superficial basis, most of us may not find the distinction, the Zohar very clearly states the difference between the words used in these portions.

The Zohar explains that, in between the portion of Terumah and the raising of the funds for the Tabernacle in this portion of Vayakhel, we experienced the incident of the Golden Calf; an incident encouraged by the “erev rav”, those individuals who were destined to try and prevent the removal of chaos from this world. Therefore, the problem with the gathering of the first funds in Terumah was that these evil people, these erev rav, were included in the contribution of the funds. According to the Zohar, the mind, which is where our consciousness lies, can have sway over the physical reality; if the erev rav had contributed, they would have injected their negative consciousness and made the Tabernacle almost powerless.

In this portion, the Zohar clearly demonstrates that the reason for the new accumulation of funds to construct the Tabernacle was that the erev rav were now excluded; they are not permitted to contribute, preventing their evil consciousness from being involved in the creation of something that was destined to free chaos from this world. The Tabernacle, the Ark with the fragments of the first Scroll that Moses brought down from Mount Sinai, would be useless; it could not remove chaos. Consequently, in the reading of Vayakhel—in this second collection of money—the erev rav were excluded, which allowed for the unadulterated building of the Holy Tabernacle.

At the beginning of this portion, in Exodus 35:1-2, the Bible suddenly mentions the precept of Shabbat. Moses assembled the entire congregation of Israel and said to them, “These are the things that God had commanded: ‘For six days, work is to be done, but the seventh day shall be your Holy day, a Sabbath of rest to God…’”

What does this have to do with the rest of the portion of Vayakhel? This section on Shabbat is certainly not mentioned in the portion of Terumah, and these two verses are seemingly unrelated to the building of the Tabernacle. But Vayakhel is quite extensive, with some 160 pages devoted to Shabbat and the secret of the Bible. The structure and construction of the Tabernacle is mentioned only in the beginning, when the Zohar gleans the idea of the evil consciousness that would have prevented the Tabernacle from performing its duties to remove chaos.

What does the Zohar want to say with this idea? That even the Holy Temple, without the power of Shabbat, could not remove chaos from the world. Without the Bible reading on Shabbat, we shall not achieve the removal of chaos from this physical reality.

Therefore, the Zohar tells us the two verses pertaining to Shabbat have been inserted in this section to demonstrate and teach us how to use the technology of Shabbat. On Shabbat, there is the creation of an atmosphere, of a dimension, whereby chaos cannot exist; it is this kind of energy—that can influence us and be inserted into our lives—that God created on this day.

Read the full Zohar portion of Vayakhel and connect to the energy of the week here.