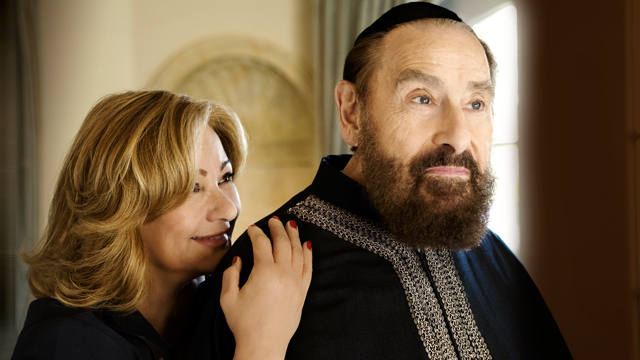 This evening will mark the two year anniversary of my husband Rav Berg’s passing. The legacy of the Rav is deep and far-reaching. It is a legacy of thousands upon thousands of people around the world who have access to the Wisdom of Kabbalah.

I have to say, when the Rav decided on a path, it was the path; and regardless of who liked it or did not like it, he would continue. For 40 years, the Rav gave up every bit of privacy, every bit of being for himself alone, to share with the people around him.

You will notice today that people come in droves to the tomb of Rav Ashlag on his death anniversary. But many years ago, when the Rav and I went to Rav Ashlag, we were the only two people there. The energy trips that we do in Israel and abroad, with all the people that we bring from far and wide, from places in the world that maybe we never would have heard of, are all something that came about through the Rav. The Rav decided that his task was to bring the far ends of the world together, to fulfill the wish of Rav Ashlag, which is the creation of a form of global spirituality where people are able to join in unity through a binding of the Light we all have within.

The Zohar, as we know it today, did not exist before the Rav. Yes, there was the Sulam written by Rav Ashlag, but there was nothing in English, in Spanish, or in any other language of the world. The books that the Rav wrote and the work that he did in making this wisdom accessible to people was unprecedented. When I first met the Rav, the entire teaching of Kabbalah was studied by ten people. But through his work, here we are today with locations and study groups across the globe. I do not know how many people, because of the Rav’s merit, have benefitted from the Wisdom of Kabbalah. But I do know that everyone that opens up a book, everyone that talks to someone else about Kabbalah, everyone that studies in the Centre, everyone that gives a positive word to another person, lifting that person from where he or she is to something better, is a representative of the school of the Rav.

It is said of the Rav, “Blessed be he, for nobody else has touched the souls of as many people, regardless of their religious persuasion in this world.”

For me, I am seriously blessed that I had the merit to create what we call The Kabbalah Centre, together with the Rav.

The kabbalistic texts say that on the day that a person leaves this world, all of the positive energy they revealed during their lifetime is available for us to tap into.

On this day, may all of us, who are a part of the Rav’s legacy, invite the Rav’s assistance to help us move forward with our mission to spread the Zohar, transform ourselves, grow in consciousness, open our hearts, and act with human dignity and kindness to our fellows in everything we do.

Each of us has our own beliefs and ideals, and we come from different cultures, religions, and walks of life, yet when we bind with one another through the Creator’s Light that shines within each of us, there is no separation, the soul is One.