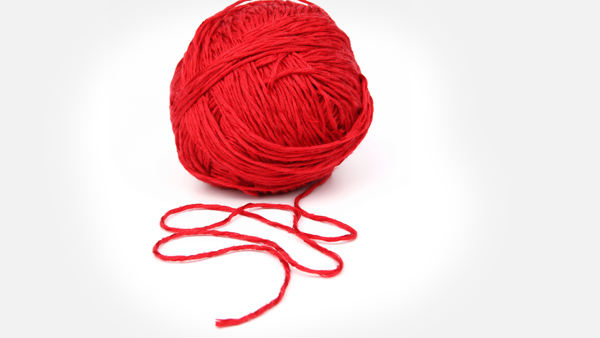 A Tool to Protect

The Red String is used for protection against what the Zohar terms: evil eye.

“A person possessed of an ‘evil eye’ carries with him jealousy & envy, a destroying force. Be on your guard not to come near him. He may injure you.” - The Zohar

Scary as it may sound, the Zohar says that the eyes are the windows of the soul, and therefore can transmit tremendous energy. When we look at others with hate, or with envy, we are sending a negative energy their way. And vice versa. The Red String protects us from conscious & unconscious stares. It is worn on the left wrist, left representing the desire to receive, therefore creating a protective shield that fends off negative energy.

“A person possessed of an ‘evil eye’ carries with him jealousy & envy, a destroying force. Be on your guard not to come near him. He may injure you.” - The Zohar

Rachel and the Red String

It is an ancient tradition to wind a Red String seven times around the tomb of Rachel, the great Matriarch. Rachel, wife of Jacob, gave birth after many barren years to two sons, Joseph, and later Benjamin. During the birth of Benjamin, Rachel passed away, and was buried on the road between Jerusalem and Bethlehem in the Land of Israel.

"Rachel evokes the element of protection from the universe."

After the Red String is wound around the tomb, it is endowed with mystical powers. It is then cut into pieces and worn on the left wrist. The left hand is considered by Kabbalah to be the receiving side for the body and soul. By wearing The Red String on our left wrist, we can receive a vital connection to the protective energies surrounding the tomb of Rachel.

It also allows us to take Rachel's powerful protective energy with us and draw from it anytime.

Kabbalists believe that by seeking the Light of holy persons, such as Rachel, we can use their powerful influence to assist us. According to Kabbalah, Rachel represents the physical world in which we live. Her greatest desire is to protect and defend all of her children from evil. When we tie the Red String to our left wrist, while reciting the powerful Ana BeKo'ach prayer, we seal her powerful protective energy within as it intercepts negative influences intended to cause us harm.

Rachel the Matriarch represents the aspect of protection in the physical realm. Her greatest desire and purpose in life was to protect and defend all of her children from evil. That is why she evokes the element of protection from the universe. Each piece of Red String produced is taken to Rachel’s tomb, which is located in occupied territories within Israel. The Kabbalah Centre hires an armored vehicle to escort our teachers & students inside, where the string is wrapped seven times around the tomb and imbued with the essence of protection. The completed Red String is then cut into pieces and distributed to students around the world.

Why You Need It

If looks could kill...

Ever wonder where this old expression comes from? According to Kabbalah, envious stares and looks of ill will can prevent us from realizing our potential. Kabbalists attribute much of everyday misfortunes to the evil eye - the negative glances and resentful looks we receive from people harboring destructive feelings towards us. Red String helps to restrict the negative energy you send out towards others, while at the same time acting as a shield of protection against any bad energy directed your way.

How to Wear the Red String

Have someone you love tie the Red String to your left wrist. First, have them tie the string closely around your wrist with a simple knot. Repeat by knotting the string six more times for a total of seven knots. Now make a promise to yourself that you will refrain from negative thoughts or talk about others, for this harmful behavior will interfere with your effort to gain personal fulfillment and protection. Then have the person finish by saying the Ben Porat Prayer, which prevents others from giving you the evil eye.

The Ben Porat prayer is included on the Red String packaging.