The Removal of Chaos

The Removal of Chaos 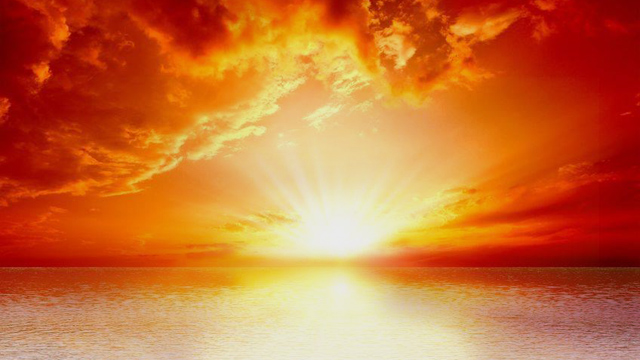 According to conventional religious thinking, Tisha B'Av (the 9th of Leo) is meaningful only because it is the day on which the Temples were destroyed. But a physical event cannot be a cause because the physical world itself is purely an effect. The cause of anything in the material universe can only exist on the spiritual level. On Tisha B'Av, negativity has total dominion; chaos reigns over all creation. This is the day on which the Holy Temple was destroyed. Yet because Light and darkness cannot exist in the same place, the only day on which chaos can be removed from the world or the Holy Temple can be destroyed is on Tisha B'Av. This is the great paradox of this holiday, and also its great importance. At times, chaos has ruled on Tisha B'Av, but great Light can also be revealed on that day -- a Light that can enable the birth of Messiah. We gather on Tisha B'Av to reveal this great Light in the world and to drive out all aspects of chaos from the entire universe.

On Tisha B'Av, the Holy Temple was taken from us, yet this is the day on which Messiah is born. That is why Tisha B'Av is not just a day of mourning, as commonly perceived. The paradoxical combination of the Destruction and the Redemption on the same day is connected to that quality of Yesod which is revealed on the ninth day of every month. Anyone who learns the Ten Luminous Emanations by Rav Yehuda Ashlag knows that each time we are faced with paradox, we are discussing an aspect of true reality. In fact, if something is not paradoxical, it is an illusion.

One aspect of Tisha B'Av's paradox is that despite the fact that it is a holiday and the birthday of Messiah, we implement the five restrictions -- no eating, drinking, wearing leather shoes, engaging in sexual relations, or bathing -- enabling us to achieve a much higher connection to the Light so that we can control our destinies and the destiny of the entire universe: control that makes it possible to eradicate every aspect of chaos from the world.

As long as we do not uphold "love thy neighbor as thyself" there will always be conflict, violence, and ecological problems throughout the world. But if on Tisha B'Av we take it upon ourselves to restrict the Desire to Receive for the Self Alone, and through the five restrictions we convert our longing for instant gratification into a Desire to Share with all of the earth's inhabitants, a true change in the course of history can begin to take place on this day.

The Zohar teaches us that we do not mourn the Temple on Tisha B'Av, for the Temple was never destroyed. Its physical appearance has simply been concealed from our view. What we should mourn is the loss of our spiritual Temple -- the metaphysical vessel that exists within us. The way to mourn is not to fall into a deep depression, but instead to restrict, via the five restrictions, the Desire to Receive that brought about the Destruction. We must then connect with happiness and love to the Tree of Life and responsibly channel the Light that is revealed on this day to all of Creation. That is how we can bring the Final Redemption to fruition. That is how Messiah is born.

Who is capable, by means of the connections we make on Tisha B'Av, to bring about the Final Redemption? The answer is: Only those who see that all expressions of chaos are illusory.

The only way to remove chaos is by knowing that chaos really does not exist.