The Will to Persevere

The Will to Persevere 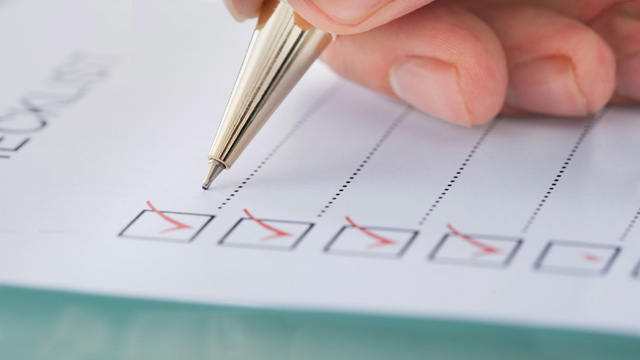 Theodore Geisel, also known as Dr. Seuss, was rejected 27 times for the publication of his first book, And to Think That I Saw it on Mulberry Street before Vanguard Press scooped it up in 1937.

Steven Spielberg was declined admission to USC’s prestigious film school multiple times before finally receiving admittance to California State University, Long Beach. Though he won three Academy Awards prior, he did not complete his BA until 2002—34 years after dropping out.

Oprah Winfrey, the talk-show host, producer, and philanthropist worth over two billion dollars, began her television career by being publically fired after only seven and a half months as a news co-anchor.

There are times when hard work doesn’t pan out. When we pour our efforts into a project that fails or takes longer to complete than we intended, it’s easy to feel discouraged. But these three individuals have one very important quality in common that made the difference between success and failure: perseverance.

Kabbalists teach that often a difficult process precedes success. And sometimes, that process can feel quite dark and hopeless. “The end of chaos does not always happen right away,” says Michael Berg. “It's not the next day, the next month, or even the next year … We need to understand that the chaos we find ourselves in is an illusion, and the way to undermine that pain and suffering is by knowing that it is an illusion, and as such, it will not last - it might not be fast, it might not be easy, but at the end of the process, that chaos will no longer be there.”

According to Michael Berg, perseverance is the “ability to know with certainty that although the chaos is here right now, you have no doubt that it will end.” It is what motivates us to continuously work towards a goal despite hardship, obstacles, or discouragement. This trait is often what separates those of us who find fulfillment and those who do not. It doesn’t always come easily, but without it, the drive to achieve our dreams can wane.

Neuroscientists believe there is a way to cultivate perseverance and make it a habit so we are more likely to achieve our goals and find fulfillment. We already know that dopamine, a neurotransmitter responsible for “feel good” emotions, is released into our systems when we achieve a goal. Studies now show that it also helps us form habits. When we meet an objective, we feel great, and so we are compelled to do it again. Consequently, we can increase the likelihood of persevering by making a habit of setting goals and then meeting them.

Every day, we have multiple opportunities to get our dopamine flowing. It all depends on how we view our daily activities. Without a sense of accomplishment, our feel good reserves diminish. So, think of your day as a series of tasks that you can mentally (or literally) check off as you go. Dishes done—check! Dog walked—check! Three phone calls returned—check, check, check! Each little check gives us a rush of dopamine, which makes us likely to work for more. By making a habit of hitting personal targets, we increase our ability to persevere and strive towards other, larger life goals.

Try making a habit of setting self-imposed deadlines for small personal projects. Keep an active to-do list, calendar of commitments, or a schedule to help you stick to your goals. Share your intentions with others so they can hold you accountable. When you hit a snag, try breaking a large goal into smaller, easier to manage tasks. Each one checked off the list will give you a sense of satisfaction that propels you to work towards the next.

These simple tools are a way to program you for perseverance when it comes to achieving big, long-term goals. We never know when success is just around the corner. One more try or ten more tries. But as the kabbalists teach, perseverance is the key to getting there.