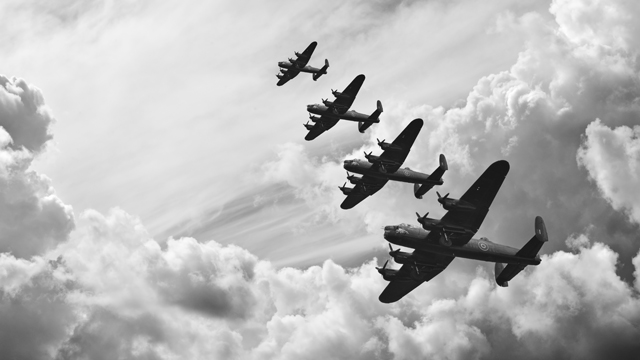 However, we have learned from the Zohar a completely different idea; the true word for sacrifice in Hebrew (“korban”) is not sacrifice. Korban comes from the word “krav” which means “war”. Ask any Hebrew speaking person what korban means, and they will tell you it means war.

How do you reconcile war with a sacrifice to God? Rav Shimon bar Yochai made it very clear that the Lightforce of God has one characteristic—to share. There is no aspect of negativity whatsoever within God or the Lightforce of God. How can there be a wrath of God to appease? It doesn’t make any sense.

But if you say there is an angry God, then we can understand the Holocaust. God got angry and killed people in His moment of wrath. We know that is not true. I would not worship, I would not even appeal to, a God that could have wrath.

So, what is the purpose of Vayikra? At least we have established that it is not for the purpose of appeasing the wrath of God. Let us understand, it is not sacrifice, it is war. War against whom? The answer is quite obvious when we look around the world. Turn to the news on your television; all you see is one thing—violence. If there was no violence, if the news showed all beautiful occurrences, and no action of murder, no action of robbing a bank, who would be interested in the news?

There is something in our human nature to be drawn to a plane crash of 371 people. That is human nature. Why? Because we still live in a society in which chaos and violence is prevalent.

What is there to do about removing some of this chaos that we have? We have already learned the fundamental feature of the Zohar is to remove chaos so that the world does not have to succumb to this kind of coercion. Violence day in and day out. What causes all of this violence? Again, the Zohar explains that it is human activity.

Does that mean everyone is killing everyone? No. Each one of us could possibly be contributing by some act of intolerance or insensitivity. All of these violations, collectively, sum together and create a violence that permeates the entire world. And there is no way, says the Zohar, to remove that kind of violence from the world—which infuses itself, and influences each and every single person to commit violence in one form or another, with all of the validations and for all the good reasons; for there is no validation for insensitivity, for dealing in a manner less than human dignity by one person to another. There is no validation. Every time we succumb to that kind of relationship we add another piece of violence, another force by which Satan affects every single person in the world.

In Vayikra, very specific animals were chosen for sacrifice. Why? The energy within these animals can remove the violations that we, through our negativity, have created; the cosmic violence that affects each and every one of us, without which we cannot remove a personal violation.

How do we remove this negative energy that is now floating around the universe, affecting everyone? It is a war? Why is this war? It is war against chaos, the root of chaos. The source of this chaos is a pure unadulterated negative energy that has only one consciousness—that is to perpetrate pain and suffering upon all people. When then Temple existed in Jerusalem people could sacrifice an animal and remove their animalistic character.

And therefore when we come to portion of Vayikra this week, we don’t have a temple and we don’t have sacrifices. How do we remove chaos? How do you remove that burden upon the entire civilization? You cannot, unless you use tools such as the Zohar, the Shabbat Torah reading, and Kabbalistic prayer connections that were established in the place of sacrifices. And everything I have said up until now is to place into our consciousness what we are doing here. We are not here to appease the wrath of God—who is never angry, no matter how great the violation may be.

There is a methodology that can eliminate the kind of chaos that exists presently in the world; that is effecting and causing further violence that we read about in the daily paper. The animals chosen for sacrifice in Vayikra are imbued with a force. You cannot measure the unseen forces within these animals; there is no measurement that can provide us with a clue as to why animals do what they do. There is no mechanism to provide us with an answer as to why a sheep is a sheep, why they grow wool? Sheep are created with that kind of weaponry. Therefore, we learn from Rav Luria (the Ari), an animal was slaughtered with the meditation of the high priest, who was capable of bringing forth that force which exists within the animal and can remove the chaos on this battleground.

That is the significance of reading and scanning Vayikra.