Why Are We Here?

Why Are We Here? 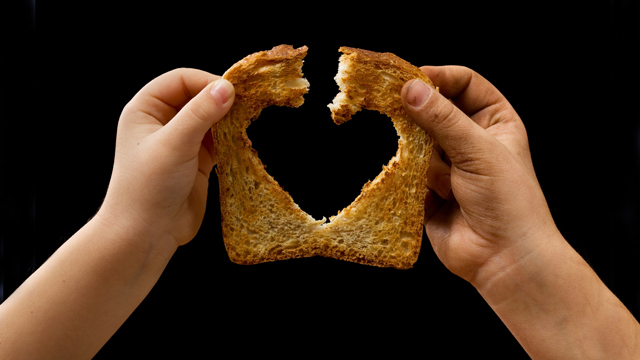 Remember being a young child and wondering where you came from and why you were here? Those were not the musings of a young child, but rather, as Kabbalist Rav Berg explains, they were the soul’s attempt to show you how to get everything you want from life.

Philosophers have, for millennia, been fascinated by the question of why we are here and have written considerably on the subject. However, with the vast quantity of material available, I have found very little that is relevant to the day-to-day affairs of mankind.

Science has, thus far, been busy only with determining the beginnings of the universe, with the age of either our universe or man, being the significant factors in their search of the unknown. Yet the conclusions arrived at by science regarding the evolution of man have generated criticism from the religionists, who reject the scientific version of creation as unacceptable when compared to their own interpretation of biblical references concerning Genesis.

The Big Bang has been center of science's conclusions about the origin of the universe. However, science is still uncertain about why the Big Bang happened or how. Strange as it may sound, science is still three seconds away from the initial Big Bang. The uncertainty surrounding this approach to the origin of the universe has raised more questions than it has answered.

When considering the Big Bang as a starting point for our investigation into to how the universe began, it is not unreasonable that the average person would question how an unexplained explosion could possibly produce such a beautifully structured universe. Even something as minor as the printing of a newspaper defies the present scientific logic explaining the creation of the universe. Does anyone believe that a newspaper could possibly come about without any prior thought of its purpose or that it could randomly create itself?

I believe that the absence of a reasonable answer to this question has been at the forefront as to why man cannot or does not wish to become involved with so philosophical a question as why.

However, what has amazed me most is that, for the most part, the question of why the universe and mankind began has been a question that science has completely ignored. It appears to me that science has tended to move from the end back to the beginning. They prefer to first study the ultimate physicality of something and then work backwards from there. After all, that's why they are called physicists: Their attention is directed toward the physical manifestation of things rather than the motivation or purpose behind them. Science, unfortunately, is still involved in the how of things, rather than the why. The area of which Thought brought about these physical manifestations has been left to the realm of metaphysics, where thought originates and which is completely beyond the grasp of scientific investigation.

We can see this in our own daily activities. Can any of us imagine a life of existence without first considering that which we desire and then make manifest? We can assume that only an imbecile acts first and then thinks of what he should do. Then the obvious question that should be raised is, how and why did science choose to ignore the Thought that, of necessity, must have first preceded the physical reality? The question of what the Big Bang consists of should have been raised simultaneously with the question why was there a Big Bang.

This may provide at least one answer as to why people in general are not really concerned about why we are here. After all, what difference does it really make if we know the purpose? As science progresses in its scholarly manner about everything, so, too, does mankind relate in a similar way. On many occasions, I have asked this question of scientists (along with my example of the imbecile, who completely ignores the importance of thought before physical activity). Why and how have they ignored the possibility that thought or consciousness existed before the physical reality of the universe and mankind did?

The responses have been varied, but on no occasion have the scientists expressed any need to recognize the importance of what thought went into the creation of the universe and mankind. My example of the imbecile has been and continues to be completely ignored. From a kabbalistic perspective, once we achieve an understanding as to "why we are here" or why the universe came into being, then we will be on the road to the elimination of the pain and suffering that has been part of the rubble that has been laid to waste in the landscape of human existence.

One might ask why the kabbalist related the existence of chaos to a lack of understanding regarding the Thought behind the creation of the universe and man. Furthermore, why would this absence of comprehension prevent the elimination of chaos from our lives? The answer lies in our ignorance both of how chaos came about and of the universal laws of contentment and tranquility.

Universal laws dictate that mankind cannot receive anything as long as the Law of Bread of Shame has not been addressed. Bread of Shame is one of the universal laws that demands that either some form of restriction in our Desire to Receive or some aspect of sharing must exist in every action we take. The innate Desire to Receive, which exists within mankind and even within the inanimate, is not, by and within itself, negative. However, the universal laws demand that these two conditions, restriction and sharing, must first be met before the entire world with man at its center can go on receiving the beneficence of the Lightforce. If these conditions are not addressed, then the result is chaos. This might be compared to a light bulb. If the filament, or the restrictive element in the bulb, is not functioning, then the bulb will short-circuit and cause some form of blackout or "chaos."

The entire universe operates on this simple, yet very significant system that gives man the choice of creating the chaos that unfortunately most of us are familiar with, or of opting for the circuitry that includes the two dimensions necessary for a life filled with contentment and tranquility. What we should understand is that once we have made our choice - which is the free will given to man – the dynamics of the universe or consequence of our choice cannot be altered.

Consequently, to be ignorant of the reason of why we are here or why the universe was created in the first place can only lead us into the chaos that exists all around us. We have been placed into this universe for the express purpose of removing the Bread of Shame. This essentially means that we cannot receive the Lightforce’s beneficence without fulfilling both of the two requirements previously mentioned. The universe was created so as to permit a place whereby mankind could effectively remove the Bread of Shame.

The reason why the doctrine of Bread of Shame exists is directly related to the condition that existed prior to the creation of physical man and the universe. Before the appearance of our physical reality, the beneficence of the Lightforce was showered upon all of mankind (more specifically, upon the 99 Percent that mankind consists of, namely, the soul). Our souls became embarrassed by this continuous out outpouring by the Creator and because we, the souls, could not make any effort to earn it. Therefore, we demanded that the Light cease to share His beneficence with us until such time as we could earn His beneficence. Consequently, the physical world came into existence to provide a setting where we could achieve the elimination of shame.

However, if we are left without an explanation of why we are here, then we will not see the reason to incorporate the two conditions that are required so as to permit a circuitry of energy or continuity. Thereby we will find ourselves the recipients of short-circuitry or a lack of continuity and chaos.

In summation, the elimination of chaos from our lives is directly dependent upon our understanding of why we are here and, more importantly, the implementation of a consciousness of restriction and a Desire to Share. As we have learned from Kabbalah, the root of things will always determine the outcome. With proper guidelines and information, our thinking process can support and assist us in reaching the goal that all of mankind for so long has attempted to achieve, for the thought must precede the physical reality.