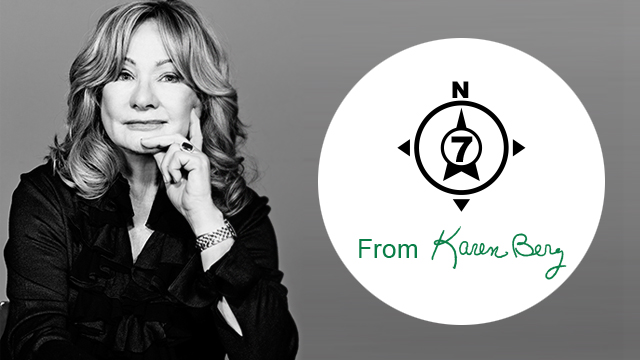 I hope you enjoyed last week’s 7-day spiritual compass, and I am especially excited to share with you what the kabbalists teach about the energy that is available to us this week.

Balak is such a unique portion. Usually, if a portion is named after a particular person, it is named after a righteous soul, and yet Balak was no such individual. He was a wizard who specialized in the arts of black magic. He had great powers, but intended to use them for evil instead of for good. I use the word “intended” here for a reason, because he soon discovers that despite his many magical abilities, he is unable to bring harm to any of God’s children. He has every tool necessary to do so. He has all the means. He has even partnered with the right people. So how then is it possible that he was thwarted? In fact, it is written that a true angel of God appeared before Balak and told him that if he persisted in this direction, it would only lead to his own destruction because, as the angel said to him, "You cannot instill a curse on that which the Creator has blessed."

This message is repeated several times throughout the story. It is said not only to Balak, but also to the sorcerer with whom he has partnered, Bilaam, who seeks to carry out Balak’s scheme and curse the people. They try once, and they are told, “You cannot instill a curse on that which the Creator has blessed.” They try a second time, and God comes directly to Bilaam to tell him, “You cannot curse that which has been blessed.” Still they persist, and the third time they attempt this madness, Bilaam opens his mouth to curse the nation and actually ends up blessing them!

As I was studying this recently, I was reminded of a story that I wanted to share with you. A few months before our teacher, the Rav, left this physical world, a student came to ask the Rav about the significance of the portion of Balak. The Rav opened the Zohar and began to read aloud from the portion. He then paused, bowing his head, and closing his eyes. After several minutes, he opened his eyes, looked up at the student, and answered, "Have a little more faith in the Creator."

I think our direction for the week is clear. Many times, we may face challenging situations, or even certain individuals in our lives, which seem to want to bring us down. It is important to remember that everything and everyone which crosses our path is heaven sent from the Creator to help us grow. This is why the Rav would often stress the importance of having “certainty.” To have certainty is to know that the Creator is involved in everything that is happening in your life. After all, how many times do we judge something as “negative” at first, that turns out to be the biggest blessing, just as someone who seemed as negative as Bilaam could only end up blessing the very people he wanted to curse.

In the coming seven days, may we all be granted the ability to see God at work in all that we experience, and to have a little more trust that He knows what He’s doing.

This week, let certainty be your true North.

Have a blessed week,

Focus on the Spark of Goodness

Bringing Protection to This World

The Divine in Everything

The Consciousness of Us

The Greatest Blessing of All

To See The Good

The Gift of Peace