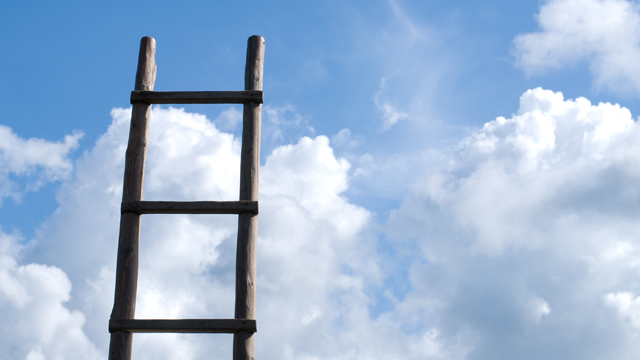 The Zohar raises the question regarding the first verse of the portion of Shemot. The English, as well as other translations, says “These are the names of the sons of Israel who came into Egypt,” but the word haba’im does not mean “came.” If you know Hebrew you know that the word ba’im is not in past tense, but the present, it could almost be in the future tense. Did we not read in the previous portion that Jacob, Joseph and everyone else died, so what does it mean that these are the names of the children of Israel that come now? The Zohar also reminds us that the Bible begins by using the elevated name of Jacob, which is “Israel,” and then later uses the name “Jacob.” What is the significance of interchanging these names?

How many times does the Bible have to tell us they came? In the Book of Genesis we were told that Jacob went down to Egypt, so what is the Bible indicating to us? Viewed superficially, these verses do not make sense, so we must look to the Zohar, which says that when the Israelites went into Galut, into exile in Egypt, all the souls of the twelve tribes came and they were screaming, pleading to the Upper Triad—Abraham, Isaac and Jacob—saying, “How can you be so quiet when your children are going into exile, where they will suffer all the revenge that ever could be given to one person, any one nation and anyone else. The Israelites are going into trouble and they need all the assistance they can have.” The Israelites were going to suffer the extreme of all the revenge. When the Bible says “who came into Egypt,” the souls of the twelve tribes came and pleaded at that time because this was the only way they would ever be redeemed, they needed an intervention. Therefore the souls that came were not in a physical form because they had already died.

When in Shemot 1:5 it says “Joseph was in Egypt,” what does it mean? Joseph was already dead, as it said in the previous portion. The Zohar says that the soul of Joseph and all of the twelve sons never left Egypt because they knew that without the assistance of the twelve tribes, the Israelites would never make it out. The name Jacob is used in this portion because Jacob, as we know, does not represent the elevated state of consciousness or the Upper Triad. In the Upper Triad there is no chance of Satan, no chance of problems, no chance of troubles. Satan does not reach the level of the Upper Triad, only the lower level. The name Jacob is used to indicate to us that the Israelites had to go down to the level of the Lower Triad. Jacob refers to the chaos. Rav Isaac Luria (the Ari) says these were the same souls of the Generation of the Flood and the Tower of Babel, and all of these people had to be reincarnated again because of what they had done then; they had to come for their tikun, or correction.

The idea is that when we are in Galut (and we are in Galut now) we all go through pain and suffering, whether we are in Israel or any other country, it is all the same. Galut is a place where there is no stability, no structure, just the opposite. And so out of necessity, all of the souls of the tribes came down to Egypt. The Bible wants to tell us that if we do not connect to the twelve tribes of Israel, including Joseph, there is no chance of redemption; Joseph had to be in Egypt at this time because the Israelites would never make it out.

We have to realize that the Bible is talking about us, here, today. It says that all generations—past, present and future—were coming down to do what we have incarnated for. We are here for a purpose: To fulfill our tikun. The achievement of a tikun, says the Zohar, cannot be accomplished unless we connect with Joseph, and to the twelve tribes of the children of Israel. The tribes are here every time we are in Galut, whether it is the Galut of Egypt or of Babel, whenever it takes place, they are here to drag us out of our Galut. If we do not go out of Galut it is because we did not know how to make connections with these people.

Connecting Our Mouth to the Mouth of the Creator

How To Transform This Week: Find the Patterns

Connecting to Our Additional Soul Through Joy

The Creator Told Him To

Drawing the Assistance of the Angels

Re-attaching to the Flow of the Light