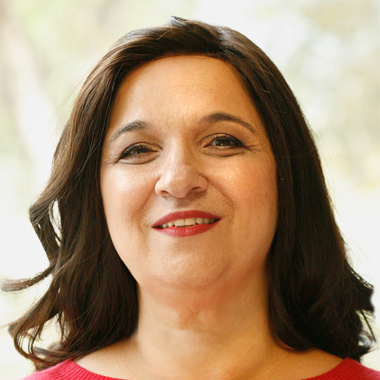 Rachel was born in Tel Aviv, Israel, and has been studying Kabbalah for nearly 30 years. Since a young age, Rachel has been curious about the essence of life, seeking to understand both the meaning of relationships and what happens after we die.

Her first connection to The Kabbalah Centre was through one of kabbalist Rav Berg’s earlier books about reincarnation called Wheels of a Soul, which she read in a day. However, it wasn’t until the sister of a close friend passed away that Rachel finally went to an introductory lesson at The Kabbalah Centre and started to study.

Inspired by her desire to make a difference in peoples’ lives, Rachel has now been teaching at The Centre for nearly ten years. She is particularly drawn to kabbalistic meditation, which she started practicing after her teacher Karen Berg told her, “When we pray, we talk to God, but when we meditate, God talks to us.” For Rachel, being a teacher is not only an opportunity to touch other human beings, but also a big responsibility that encourages her to really walk the talk on her spiritual path.

Since becoming part of the staff at The Kabbalah Centre, Rachel has lived and taught in New York, Paris, Miami and Los Angeles. A mother of five, she and her husband currently reside in Mexico City.