Connecting to the Light of the End of the Correction

In the end of the Zohar portion of Vayakhel, there is a section that speaks about the time of the Gemar HaTikun, the time when pain, suffering, and death will be removed from this world. We understand from this, therefore, that because of its mention, there is something unique about the Light on the Shabbat of Vayakhel, the Light that connects us to the Gemar HaTikun. And no matter how many times we hear the teaching, that only through the revelation of the Light of the Zohar will the End of the Correction occur, I think it’s always important to strengthen our clarity, certainty, and consciousness around it.

"The conduit that will bring an end to pain, suffering, and death, will be revealed."

So, in this section, it says that Rav Shimon said that at the time when pain, suffering, and death will be removed, all those who have died previously will become reawakened, and we will all finally enter the holy land, which is referring not just to the physical place, but also to the spiritual state that’s called Israel, to a location in the north of Israel, because it is there that the Light of Mashiach, of the conduit that will bring an end to pain, suffering, and death, will be revealed.

When that happens, it says, each person will be clothed; meaning, the Light called the spiritual clothing will shine down upon us to prepare us to receive that Light. Why? Because most of us are not going to be ready to receive it, but those who are connected, Rav Shimon tells us, even if they do not currently have the vessel or clothing that can receive the Light of the Gemar HaTikun, will be given it by the Creator. Then, all people of the world will come towards Jerusalem, it says, which again signifies a spiritual as well as physical space, and it will become a place of unity. And that Light will be much greater than the city that we see today, and will expand to all the world. Then, because the souls will come and connect to the Light, the Creator will be joyous with them.

Therefore, when we speak about the month that we are currently in, the month of Pisces, or Adar, as a time during which great joy is awakened, it means that it is a time in which we are able to partake, and taste of, the Light of the joy that is revealed at the Gemar HaTikun. The Light of the Zohar will be revealed completely, and each person, it says, will finally be able to receive the totality of the Light of the Creator that they deserve and that their vessel can receive.

"What are we doing to awaken greater certainty and appreciation?"

On Shabbat Vayakhel we have the opportunity to awaken within ourselves that true appreciation for the Light of the Zohar, and to ask to for a greater desire to connect to, and reveal, the Light of the Zohar. Then, we can partake of this Light, and the level of connection and Light that we can reveal for ourselves, but more importantly, the world, will grow endlessly. 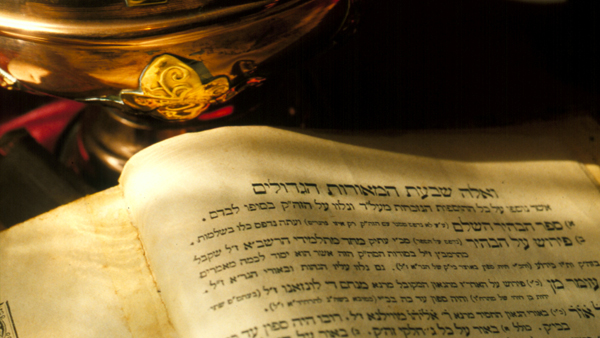