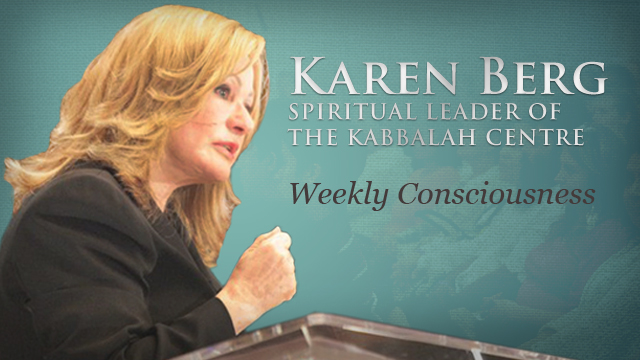 In this week’s Bible portion, we read the story of the ten plagues in Egypt. The Bible says that after each plague, the Creator “hardened the heart of Pharaoh.” But what is this hardening of the heart?

Does it mean that God had to put a veil up so that Pharaoh would not remember all that had happened? The answer is no. According to the kabbalists, when the Creator “hardened the heart” of Pharaoh, He simply brought Pharaoh back to the place where he had been before the first plague. He brought Pharaoh to his previous state of consciousness, a state where he was unaware of the suffering of his people and therefore felt no urgency to release the Israelites. Pharaoh became exactly the person he had been before. He didn’t learn anything. He didn't become different. He simply forgot the process he had been through.

Oftentimes, we, too, fall into the same kind of forgetfulness. When we go through some difficulty, we may vow that we will never fail to remember where we have been or what we have received. However, once the situation is resolved, we all too often go back to living and behaving as we did before. We don't keep a notebook, as the Creator does, of all the things that we’ve done or of all the things another has done for us. For example, we may have a friend of many years’ standing whom we love. Suddenly, something happens that comes between us and this other person. And what do we do? We forget all the things that happened in the past. We forget the good times. We forget sticking up for one another. We forget what this person did for us. We forget everything and instead become blinded by the immediate pain or injustice.

I read a story this week about a woman who didn't forget. Her name is Vicky and she started a charity to house needy families in Illinois in order to remember and appreciate the woman who had housed and hidden her mother away from the Nazis during the Holocaust. In other words, out of gratitude for this good deed from more than 70 years ago, Vicky is giving her time and energy to help families survive the chaos that exists in our time. She is paying forward the kind action that was done for her mother.

You can't imagine how many thousands of people have stood up and said, “It's been three years since I started on the path of spirituality, and my life has changed. I've gotten this and I've gotten that.” But you know what usually happens with these people? A couple of weeks later, they're gone. Why? Because none of us must ever take the consciousness we have received for granted. We need to continually ask the Creator to help us remember the miracles and the transformation we have experienced so that we can stay connected and can look for ways to take action to and share what we have received, to “pay it forward” as Vicky did.

Every time I read this week’s portion, I’ve said to myself, Hmm, this is pretty silly that somebody as high as Pharaoh could forget? Remember, kabbalistically speaking, a king is higher than a prophet. A king supposedly sees more than a prophet. Yet the heart of Pharaoh could be hardened. And if a king could forget, then so can we. We need to beg to remember this story, to remember our own story, to never forget how we got here. And we must particularly remember our true purpose on this path, which is to reveal the true potential of our soul. For if we think we are here just to reach a certain level, or to meet our soul mate, or make a lot of money, then once we reach that goal, we will leave the path.