Let the Light Do the Work

Let the Light Do the Work 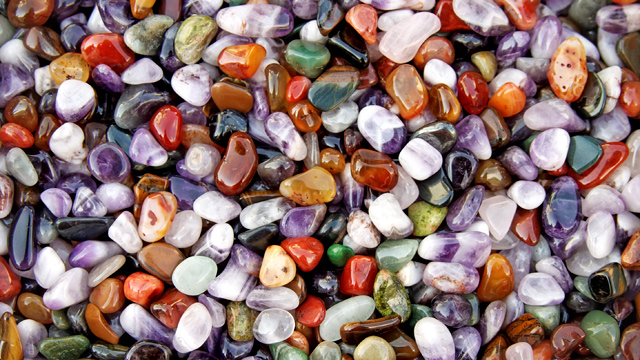 In this week’s portion of Balak, the Israelites go to war with the nation of Amalek. The Zohar explains that the nation of Amalek is simply a metaphor for doubt and uncertainty. This week, we have an opportunity to remove doubts, fears and negative thoughts, and replace them with certainty in the Lightforce of the Creator.

A student of mine recently shared a simple story that illustrates the kabbalistic concept of certainty:

In April of 2012, I was a very new student of Kabbalah. I had only been studying a few weeks, but had read enough to understand the concept that if we share, blessings will come. I felt this was an important lesson to teach my 12-year-old son, who is also an only child who wasn't accustomed to sharing in the way other children with siblings are. We were on a family vacation and stopped at an old mining museum in Virginia. We had paid for our son to mine for gemstones. After completing his mining, he had a bag full of colorful stones. A small girl, much younger than my son, was walking around the mining area but did not have a bag to mine with. We overheard her father tell her they couldn't afford to pay for her to mine for the stones. I encouraged my son to share with her. Reluctantly, he approached the little girl and opened his bag of stones. She took a few and said thank you.

The next day, Saturday, we arrived at our final destination in South Carolina. We had rented a condo on the beach. After unpacking our bags, we hit the beach. Later that evening, at bedtime, my son realized he could not find his treasured iPod. He was crying and very upset, and said "Is this what I get for sharing, Mom?" I didn't lose my cool, but assisted in the search – we looked all over the condo, in the car, and even took flashlights and looked on the beach. We finally decided that it was gone, but I was determined that it would not ruin my vacation. The following morning, Easter Sunday, my son went back to the beach just after sunrise to again search for his iPod. He returned without the iPod – but instead with a wallet he had found. My husband and I began to look in the wallet for some identification; there was a small amount of cash and a third grade student ID from a school in Massachusetts. We decided to take the wallet to the security officer at the gate of the community we were staying in later that day. However, we went about our business and never made it to the security gate.

The following day, my husband and I were relaxing in the condo and our son was just below our outside balcony playing in the sand. He returned to our condo full of delight. As he was getting on the elevator to come back, a small boy approached him and asked my son if he had lost his iPod. My son answered yes, and asked this child if he lost a wallet. Sure enough, it was the owner of the wallet! In the end, the children had found each other’s possessions – and miraculously found one another as well. The other child was staying with his family a few buildings away and not in our building. That evening, my son said, "I guess this is my blessing for sharing my gemstones with that little girl." Yes, son, that is the blessing.

One can see in this story that the child and his mom were connected to the spiritual rules of the universe throughout the whole vacation. That connection put everything in place for them: they fought the Opponent by using their consciousness to restrict their reactions to the 1% event and letting the Light do the work for them.