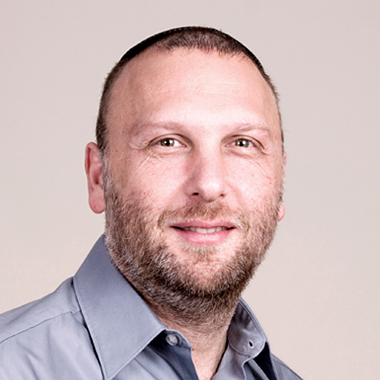 Born in Buenos Aires, Argentina, David studied foreign trade and was an independent businessman. Feeling lost after a failed relationship in 1998, he went to an introductory Kabbalah lecture and the study of Kabbalah has been central to his life ever since.

At the age of 33, David felt the urge to change direction and decided to leave behind his life as a businessman to become a full-time instructor at The Kabbalah Centre.  After spending time between Miami and Los Angeles, David moved to Mexico in 2007, where, as a teacher, he is known for the loving and sensitive manner in which he guides, supports, and inspires his students. He also travels extensively to bring kabbalistic wisdom to other cities.

David greatly appreciates the opportunity to learn from his teachers, the Rav and Karen Berg, and from the long lineage of kabbalists that precede them.  He works continuously to grow as a human being, friend, husband, and teacher, and to contribute to the mission of the Centre to end pain and suffering in the world.

David lives in Mexico City with his wife and son.