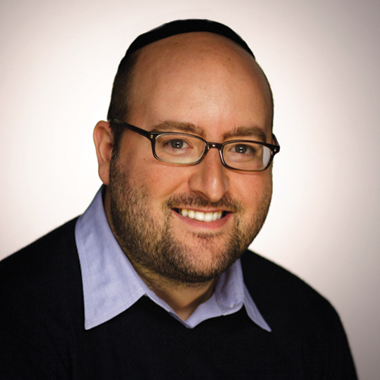 Michael Berg is an author, scholar, and spiritual leader. Through his lectures, books, and blog, Michael seeks to inspire students to develop a personal and growing connection to the Light of the Creator. Ultimately, the purpose of his work is to teach people how they can transform and achieve true and lasting fulfillment.

As the son of kabbalists Rav and Karen Berg, Michael immersed himself in the wisdom of Kabbalah from the age of 14 and on, waking up almost every night at midnight until 4am to study the teachings with his father. In addition to being a native English and Hebrew speaker, Michael is an expert in ancient Aramaic and, as such, a true kabbalistic scholar. He edited and translated the first ever unabridged 23-volume set of the English Zohar, the ancient Aramaic text that is at the very core of kabbalistic thought – a monumental task which he began at the age of 18 and finished ten years later.

Michael lectures worldwide and is a best-selling author who has developed a global following with books such as Secrets of the Bible, Becoming Like God, Well of Life, The Secret, and The Way. His acclaimed work includes the translation and editing of central kabbalistic texts The Wisdom of Truth, And You Shall Choose Life, and On World Peace - all by Rav Ashlag, founder of The Kabbalah Centre. His books – almost 20 thus far – have been translated across the world into 10 languages.

In 2007, Michael created the Zohar Project, a grassroots volunteer movement dedicated to bringing the power of the Zohar to every corner of the world. Since then, Zohar Project volunteers have helped to disseminate hundreds of thousands of Zohars to people from all walks of life in all areas of the world that are in need. Michael is also the Creator and Director of Kabbalah.com, the online learning platform of The Kabbalah Centre, which offers kabbalistic wisdom in multiple languages to anyone who wants to learn.

Michael brings a great deal of joy to the teachings of Kabbalah, delivering insights and classes that are read and watched by thousands each week on Kabbalah.com. Michael currently lives in New York with his wife Monica and their four children, David, Joshua, Miriam, and Abigail.

Beresheet: Something From Nothing
Michael Berg
Oktober 12, 2021
Kabbalah.com Mitgliedschaft

Astrological Secrets for the Kabbalistic Year to Come
2021
November 5, 2020